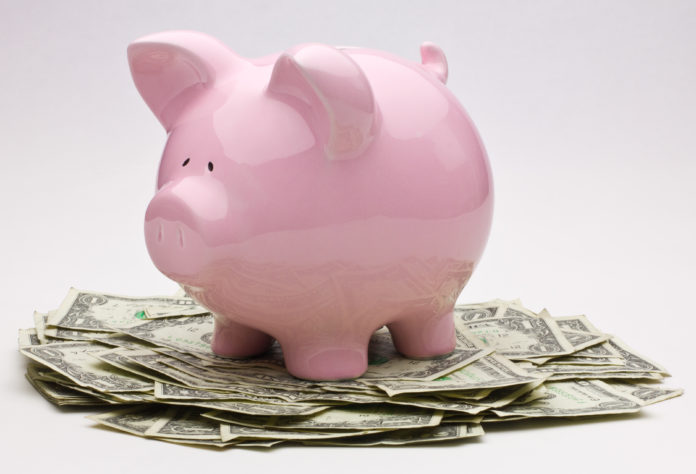 Planning ahead and starting a 529 college savings plan is an easy way for many people to help their children, grandchildren and other relatives pay for college when the time comes, especially because financial aid and scholarships are not guaranteed.

Here are five reasons why you should consider starting a 529 college savings plan this 529 Day.

In 2016, the average cost for tuition, room and board and other fees at a public four-year college in the U.S. is about $20,000, and is more than double for a private college.

“When you have young kids, by the time your children are ready for college, these costs are likely going to be considerably higher,” Matt Wilson, a financial advisor with Edward Jones in South Bend, said.

Starting a 529 savings plan requires a minimum first contribution of $25 and some programs require no minimum monthly contribution, which makes it accessible to virtually anyone.

“A lot of folks think they have to be wealthy or they have to commit to a high number,” Wilson said. “You would be surprised at how much just a little bit every month adds up over the years.”

2. CONTRIBUTE AS MUCH AS YOU WANT

If someone wants to contribute more than the minimum, that’s even better, especially because 529 college savings plans don’t limit contributions based on income.

Many states have a maximum contribution limit of $300,000 or more for 529 plans, Wilson said. That means that virtually anyone — family members and friends included — can contribute to a child’s 529 college savings plan every year up until the limit is hit. This is an easy way to maximize savings for children.

3. THE FUTURE IS FLEXIBLE

Let’s face it — a traditional four-year college isn’t for everyone, and that’s perfectly fine. The 529 college savings plans are not limited to just four-year programs.

Children who have a 529 college savings plan can use the money toward two-year programs, community colleges and even trade programs and apprenticeships, Wilson said.

If a student doesn’t use all of the money in their 529 plan, the money can continue to be saved to use for post-graduate degrees. The money can also be transferred to another family member, like a sibling or a parent, to use for their own higher education goals.

The bad news is that if the money is used for non-educational purposes, the money may be subject to federal and state taxes and a 10 percent tax on earnings, Wilson said. The best advice is to consult with a financial advisor or tax professional when determining how to spend the money in the 529 savings account.

Contributions to 529 savings plans are tax-free and they can even qualify for tax deductions or tax credits, depending on the plan and on the state, Wilson said.

For example, in Indiana, a person who pays Indiana state income taxes can get a 20 percent tax credit (up to $1,000 total credit) for contributing to an Indiana 529 college savings plan in a year, Wilson said.

“That’s huge. As far as I know, it’s one of the best, if not the best, financial incentive in the country,” he said. It’s very rare to get a 20 percent return on investments, but Indiana’s 529 savings plan allows it.

Other states have different tax deductions and credits, so be sure to talk to your financial advisor or tax professional before making a contribution.

5. CHOOSE THE PLAN THE SUITS YOU BEST

Speaking of the various state plans, any person in the country has the freedom to invest in any of the state 529 savings plans that work best for them.

“The deduction may not outweigh the benefits of another plan,” Wilson said. “You can invest in any plan from any state. You could live in one state, invest in a second state’s plan and send your student to school in a third state if you choose.”

That’s why Wilson said it is so important to sit down with a financial advisor and a tax professional to talk about paying for college years before children begin considering higher education themselves. It gives parents the opportunity to find out what they have now, what they need to have when their children go to college, why they need to have that much money and how much it’s going to cost them.

“The longer you wait, the harder it’s going to be to catch up,” Wilson said. “As we know well, kids grow up in the blink of an eye.”