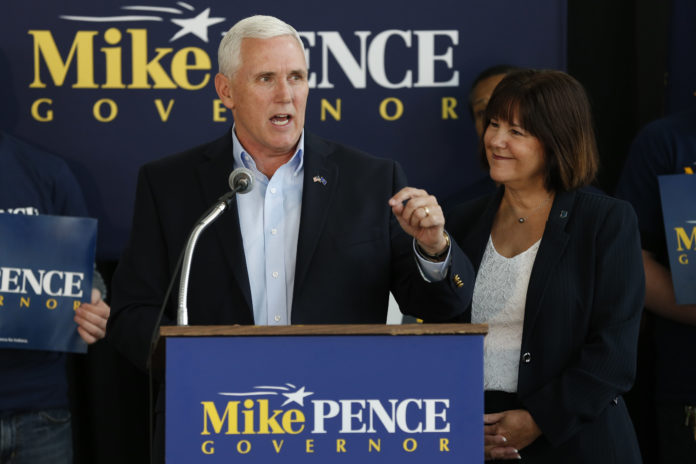 INDIANAPOLIS (AP) — Indiana Republicans say they’re ready to debate the health of the state’s economy now that the Democratic gubernatorial ticket is set.

Pence says he welcomes Hale to the race and looks forward to a spirited debate about continuing what he calls Indiana’s “soaring economic future.”

State Republican Chairman Jeff Cardwell says there will now be a discussion with “the Clinton/Gregg/Hale ticket regarding Indiana’s continued economic success.”