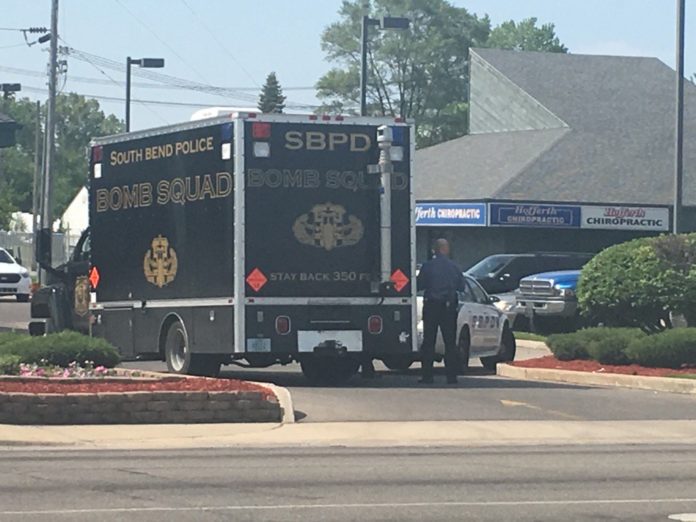 UPDATE: The South Bend Bomb Squad has determined the scene to be safe. The suspicious package turned out to be a case of razors and screws, according to ABC 57.

ORIGINAL STORY: The Armed Forces Career Center and two neighboring businesses on McKinley Highway near Grape Road in Mishawaka were evacuated Tuesday morning, May 24, while police investigate a suspicious package.

Someone called 911 at 9:13 a.m. after finding a suspicious plastic item in a bush near the businesses, FOX 28 reported.

Belltone Hearing Aids and Hofferth Chiropractic were also evacuated as a precaution.

The South Bend Bomb Squad is at the scene scanning the device, our news partners ABC 57 reported.