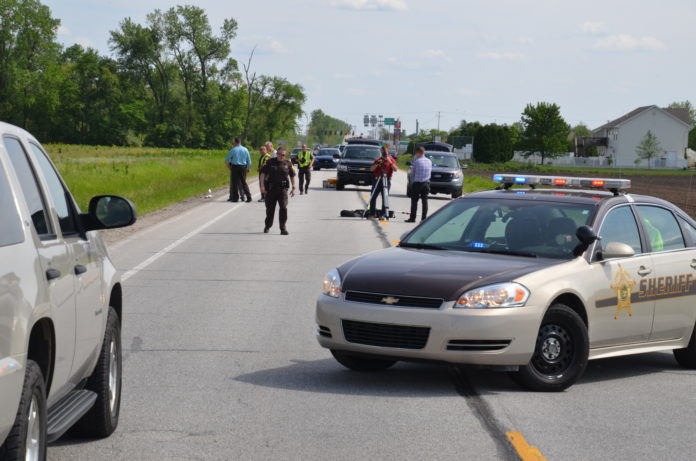 The woman who was killed in a hit-and-run crash in LaPorte County was identified Thursday, May 26, but police are having difficulty finding her family.

Shawn Rybicki, 46, was found dead Wednesday afternoon in a ditch along U.S. 421 north of U.S. 30, the LaPorte County Sheriff’s Office said. An autopsy showed that she died of head injuries.

Police don’t have an exact address for Rybicki, but they believe she was staying somewhere in Porter County.

Investigators believe that Rybicki was hit by a vehicle  sometime between noon and 2:15 p.m. Central time Wednesday, but the vehicle drove off.

Anyone with information about Rybicki or about the crash is asked to contact the LaPorte County Sheriff’s Office at 219-326-7700.