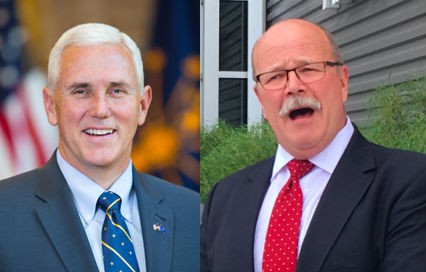 INDIANAPOLIS (AP) — Neither of Indiana’s gubernatorial candidates will be on hand when President Barack Obama visits Elkhart County.

Representatives for both Gov. Mike Pence and his Democratic challenger, John Gregg, say the candidates have prior commitments during the Wednesday visit.

A spokesman for Gregg says the former Indiana House speaker is scheduled to meet with union members, a veterans group and attend fundraisers. A spokeswoman for Pence says the Republican governor has a personal commitment. She did not elaborate.

U.S. Sen. Joe Donnelly says he will attend the event, which is expected to highlight Elkhart’s economic recovery in recent years. Elkhart County was reeling from the economic downturn in 2009 when Obama made his first presidential stop there.

Welcome back to Elkhart Mr. President, a great comeback in a great community in #AStateThatWorks https://t.co/P2oin3OA7S