LEBANON, Ind. (AP) — A central Indiana sheriff says a deputy who was shot while pursuing a suspect won’t survive his wounds.

Boone County Sheriff Mike Nielsen said Friday afternoon 30-year-old Deputy Jacob Pickett was on life support at an Indianapolis hospital so his organs can be donated.

He says Pickett is married and has two young boys. Nielsen says Pickett joined the department about three years ago and became a canine officer.

He says called Pickett “an absolutely amazing person” and “warrior” who will be sorely missed by colleagues.

Nielsen says police believe 21-year-old Anthony Baumgardt shot Pickett during a Friday morning foot chase in the city of Lebanon northwest of Indianapolis after Baumgardt and two other men allegedly fled officers serving an arrest warrant for a fourth person.

The following news release was sent by Indiana State Police on Friday, March 2, regarding the shooting:

Lebanon, IN – A Boone County Sheriff’s Deputy has been shot while pursuing a suspect on foot. The Deputy was flown by medical helicopter to St. Vincent’s Hospital in Indianapolis in critical condition.

The incident began when police officers from the Lebanon Police Department were attempting serve an outstanding warrant on Yates Street, in Lebanon on a female suspect. At 9:32 a.m. the officers noticed a male subject in the area who they visually identified as 28 year old John D. Baldwin Jr. Baldwin Jr. was known to have an outstanding warrant as well. When ordered to stop Baldwin Jr. and two other people got into a silver Ford Focus and fled the scene. The officers began to chase the vehicle as it fled through the streets of Lebanon. A deputy from the Boone County Sheriff’s Office joined the pursuit to assist the officers. At approximately 9:39 a.m. the vehicle came to a stop on Indian Springs Road and the occupants fled on foot. While chasing one of the suspects the Boone County Deputy was shot.

One suspect, 21 year old Anthony Baumgardt of Lebanon was wounded by officers. Another occupant of the vehicle, 55 year old John Baldwin Sr. fled on foot. Baldwin Jr., the driver, fled again in the silver Ford.  He was later apprehended by officers on I-65 after another pursuit.

At the request of Boone County Sheriff Mike Nielson, the Indiana State Police has taken the lead investigation in this case. Currently crime scene investigators, detectives and tactical officers remain in Lebanon to continue the investigation.

At this point police do not believe there is any further risk to the community. Police activity will likely continue through the evening.

At the time of this release a mug photo for Anthony Bumgahrt was not available.

More information will be released as it becomes available. 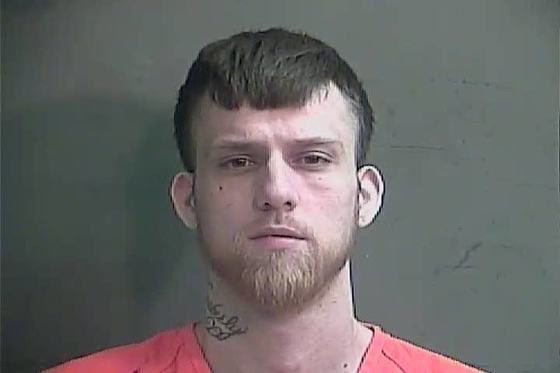 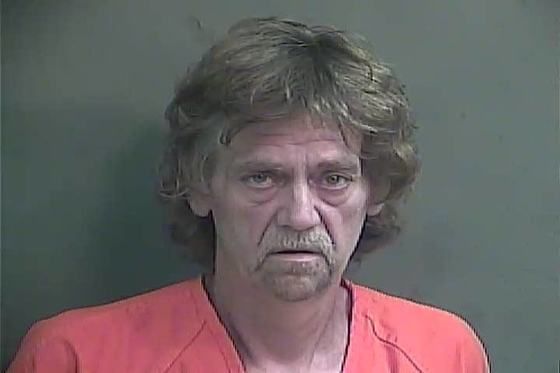