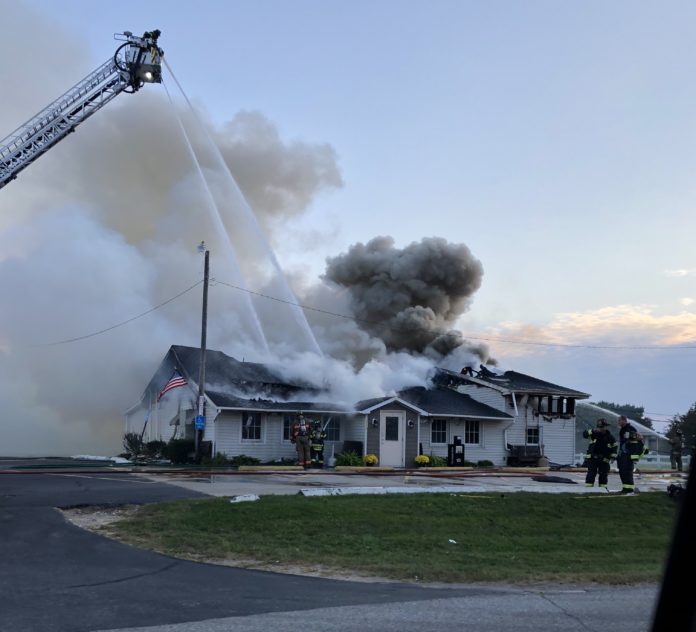 Fire crews were called to battle a blaze at the Hilltop Restaurant in the 140000 block of U.S. 20 in Middlebury.

Crews arrived on scene around 6:10 p.m. on Tuesday, Sep. 18. Once on site, they discovered heavy smoke pouring from the top of the building.

Part of the roof collapsed, according to the South Bend Tribune.

There were no injuries reported. There was no immediate word on the cause of the fire.