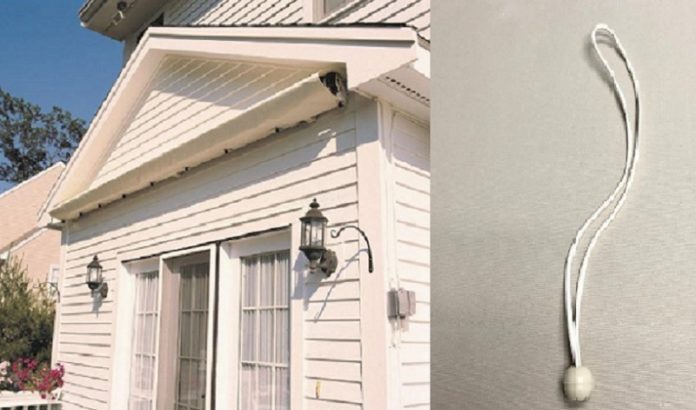 SunSetter has issued a recall on vinyl covers for their motorized awnings.

These products were distributed by SunSetter, independent dealers nationwide, and through Costco Wholesale between June 1999 and January 2019 and are supplied with bungee tie-downs.

The issue is if a powered awning is activated while the cover is secured with the bungee tie-down, when the cover is removed, the awning can unexpectedly open with a great amount of force which can strike someone standing in the path of the awning causing a fall, serious injuries and death.

Consumers are asked not to attempt to install or remove the covers for the motorized awnings until they are given instructions from SunSetter.  Anyone with these products are asked to contact SunSetter for free breakaway safety clips which will replace the bungee tie-downs.

For more information on the recall, you can call SunSetter at 844-313-0144 or visit there website by clicking here.