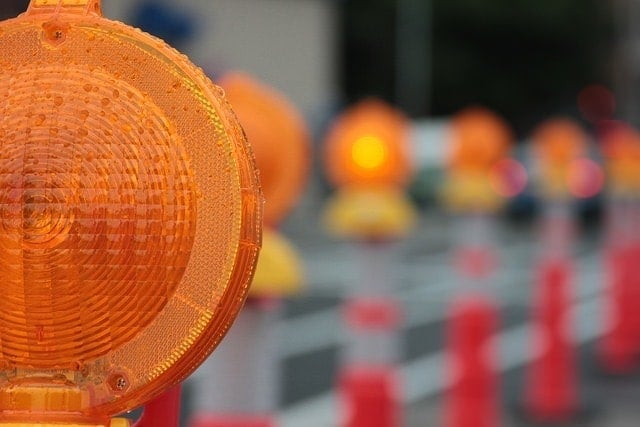 LANSING, Mich. (AP) — To help pave Michigan’s deteriorating roads and fix bridges, the Republican-led Legislature has passed a state spending plan that would shift $400 million in discretionary general funds to the transportation budget despite opposition from Democratic Gov. Gretchen Whitmer.

GOP lawmakers say their plan could prevent a gasoline tax increase and would spend a record amount on infrastructure. However, it would be a temporary move that lacks a new, permanent revenue stream for deteriorating roads and would provide just 20% of the minimum $2 billion that experts say is needed every year.

The fund transfer to roads, while not a new trend, would limit spending in other parts of a state government that — aside from education aid — operates in part on $10.8 billion in discretionary general funds. It’s drawing scrutiny from Whitmer as she decides what to sign or veto in the 16-bill budget after she had little input in the final product following a breakdown in negotiations.

Whitmer, who will continue to push for a long-term road-funding fix after her 45-cents-a-gallon fuel tax hike went nowhere, said cutting spending from departments to pay for roads is “backwards” and “exactly how we got in this mess in the first place.”

Some key budget disputes to watch before Monday at midnight, which is the deadline to enact the budget:

The Corrections Department on paper would receive a 0.4% increase, or $24 million less than what Whitmer proposed. However, agency officials say it wouldn’t be an increase but a $47 million decrease because legislators overestimated balances in special accounts and used one-time funding — including some that doesn’t exist — to replace ongoing revenue.

Spokesman Chris Gautz warned of cuts to inmate education programs and prisoner health care, along with 75 layoffs. The department would also be unable to buy new GPS tethers for sex offenders, which were necessitated by Verizon’s deactivation of its 3G network. It also couldn’t fill prison guard vacancies or open a vocational village at Michigan’s only women’s prison, he said.

Sen. Tom Barrett, a Charlotte Republican, said the agency hasn’t spent “tens of millions of dollars,” and it’s “fiscally responsible” to divert some of the funds to tether upgrades and other priorities.

The Michigan Economic Development Corp. would have to reduce its business attraction and community revitalization incentives by $26 million, or 25%. Of that money, $10 million would have gone to a new fund to attract development to rural areas. MEDC CEO Jeff Mason said the cut , if enacted, would hamstring job-creation efforts.

Michigan’s 15 public universities would get a 0.5% bump in operations funding , while 28 community colleges would receive 0.8% more — with increases varying depending on the school. The below-inflationary increases were panned by Democrats and higher education officials.

“To pay for roads, the Legislature is making it harder for universities to avoid tuition increases that likely will mean more students take out larger loans to pay for their college education,” said Daniel Hurley, CEO of the Michigan Association of State Universities.

Sen. Kim LaSata, a Bainbridge Township Republican, said the “modest” funding increases are “not what we would prefer in an ideal situation,” but “it is a realistic budget based on the resources we have.”