Investigators have as many as nine different videos containing images of the vehicle involved in the deadly hit-and-run crash that claimed the life of Hannah Turgeon, 27, near the Linebacker Lounge.

The videos have been released in hopes that people will watch and be able to provide information.

RELATED: Watch the videos released and ABC 57 News coverage of the hit-and-run

St. Joseph County Prosecutor Ken Cotter is also asking that witnesses who were at the scene and didn’t talk to police at the time, to please contact them in case they have any clue, big or small, that will lead them to the driver.

Cotter stressed that the witnesses are not in any trouble. He simply wants to gather information about what they saw.

Turgeon was in South Bend for the Notre Dame – USC game. The crash happened around 2:15 a.m. on Sunday, Oct. 13, along South Bend Avenue, south of Edison, in South Bend.

Anybody with information about the vehicle or suspect driver is encouraged to contact the St. Joseph County Fatal Crash Team, Michiana Crime Stoppers at 288-STOP or their local police department. 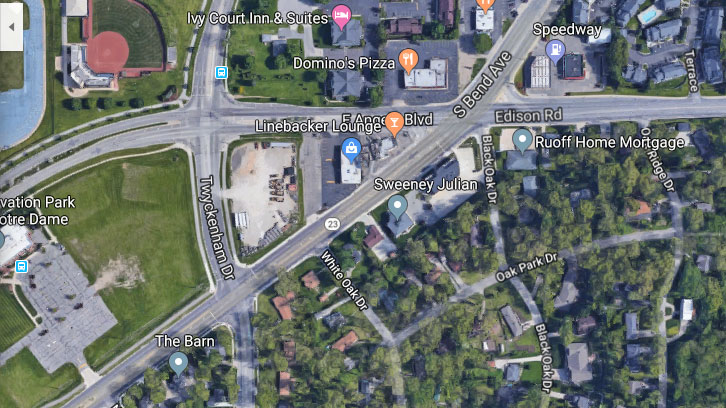