A 36-year-old South Bend man was killed in a shooting at a gas station.

South Bend Police officers were dispatched to the Phillips 66 gas station at LaSalle and Lafayette around 1:50 a.m. on Saturday, Oct. 19, after receiving a ShotSpotter alert.

On scene, they found Joshua Lamot Flinn, who was pronounced dead at the scene. There was no immediate word on what led to the shooting, but investigators are looking for two men whose images were captured on surveillance video that they’d like to question in regard to the shooting. (see photos below)

This morning at approximately 1:51 a.m., South Bend Police Department officers were dispatched after receiving a ShotSpotter alert of multiple shots fired at the Phillips 66 Gas station (corner of LaSalle and Lafayette Blvd). Officers arrived within a minute to a minute and a half of dispatch and found one person shot; that individual was pronounced deceased at the scene.

The St. Joseph County Metro Homicide Unit (CMHU) was activated, per protocol, to handle the investigation. The deceased individual has been positively identified and his family has been notified. He has been identified as Joshua Lamot Flinn, B/M, 36 years old, of South Bend.

This remains an active and ongoing CMHU investigation. Investigators are looking to identify and speak with two individuals of interest in connection with this investigation (please see attached still photos from video at the Phillips 66). Anyone with information regarding these individuals or this investigation is asked to call CMHU at 574-367-0974 or Crime Stoppers at 574-288-STOP. 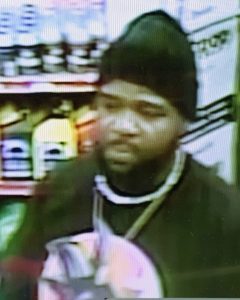 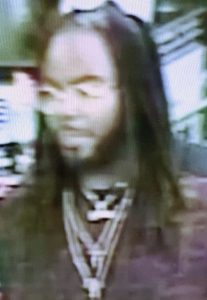