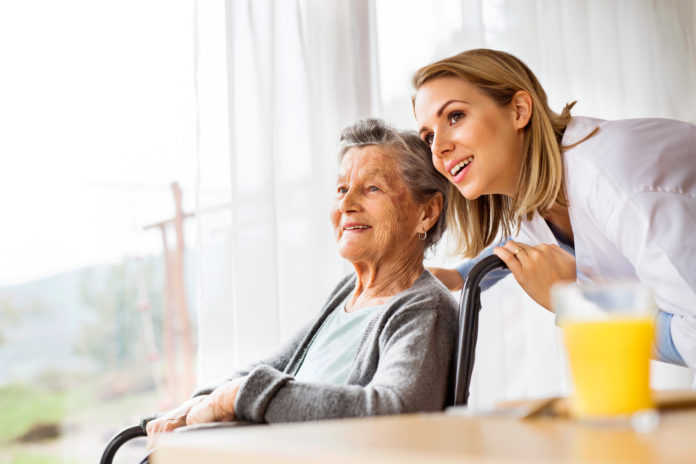 You can help REAL Services provide resources for caregivers by competing in Trivia For A Cause on Friday, Oct. 25, at M.R. Falcons in South Bend. Call REAL Services at 574-284-7104 to register!

A lot goes into being a caregiver for an Alzheimer’s patient that the general public often doesn’t think about.

For instance, more than half of caregivers are in their role in order to assist a family member and a large number of them are receiving no financial assistance.

That doesn’t touch on the emotional and physical strain that can accompany working or acting as a caregiver for an Alzheimer’s patient.

This is a large segment of the population, but it will likely increase drastically in the coming years. According to Alz.org, an estimated 14 million U.S. citizens will be living with Alzheimer’s disease in 2050. This is significant, especially when you considered the workhours required to adequately care for so many people.

It takes a superhuman amount of manpower to care for all of the men and women with Alzheimer’s disease. For some perspective, that amount of hourly work is estimated to be valued at $234 billion in 2019, and is expected to only increase as the disease impacts more and more people.

This includes activities such as bathing, grooming, eating or getting dressed. In contrast, only 20 percent of older adults who do not suffer from dementia need help with these activities.

In the state of Indiana, that’s the number of hours the average caregiver spent looking after someone with Alzheimer’s disease in 2016. That comes out to working about 28 ½ weeks of a full-time job.

That year, 38 percent of sole caregivers were unpaid in Indiana, which averages out to about 3,641 in each county. This can be a huge financial strain as well, as 41 percent of those caregivers had a household income of less than $58,200 in the same year.

Approximately 26 percent of Alzheimer’s caregivers in Indiana reported providing 41 hours or more of support on average in a week.

86 percent of unpaid Alzheimer’s and dementia caregivers provided support for at least the past year. Half have been providing care for four or more years.

Caring for someone with Alzheimer’s disease can be trying, whether that person is a loved one or a patient. In addition to a high amount of emotional stress, 76 percent report high physical strain and 26 percent say that their own health has suffered as a result of being a caregiver.

Otherwise known as “sandwich generation” caregivers, they are looking after an older adult with Alzheimer’s disease, as well as a child or grandchild.

Majority of Alzheimer’s Caregivers are 50 or Older

A majority of Alzheimer’s caregivers are women.

You can help REAL Services provide resources for caregivers by competing in Trivia For A Cause on Friday, Oct. 25, at M.R. Falcons in South Bend. Call REAL Services at 574-284-7104 to register!

Volunteer Opportunities to Help Seniors in Our Community