After three days of 90-degree weather, Indiana is in a heat wave.

National Weather Service Meteorologist Jason Puma says that heat is going to last all week, with chances of rain and thunderstorms every afternoon.

However, Puma says, these storms will be the usual storms that normally happen after daytime heating.

In addition, Puma says, the heat index, which measures both heat and humidity, indicates that the combination of both throughout the course of this week will result in some muggy, uncomfortable weather.

Puma adds that, during a heat wave, the most vulnerable populations are the elderly, young children and people who work outside for long periods of time.

“You’ll want to just watch your outdoor activity, make sure you stay hydrated, remember to drink lots of water, use sunscreen when you’re outside, and remember to take some breaks and spend some time in air conditioning,” Puma said.

In Michiana, daytime highs will top out in the low to mid 90s with humidity building in on Wednesday and Thursday. Heat indices may reach into the upper 90s, near triple digits. 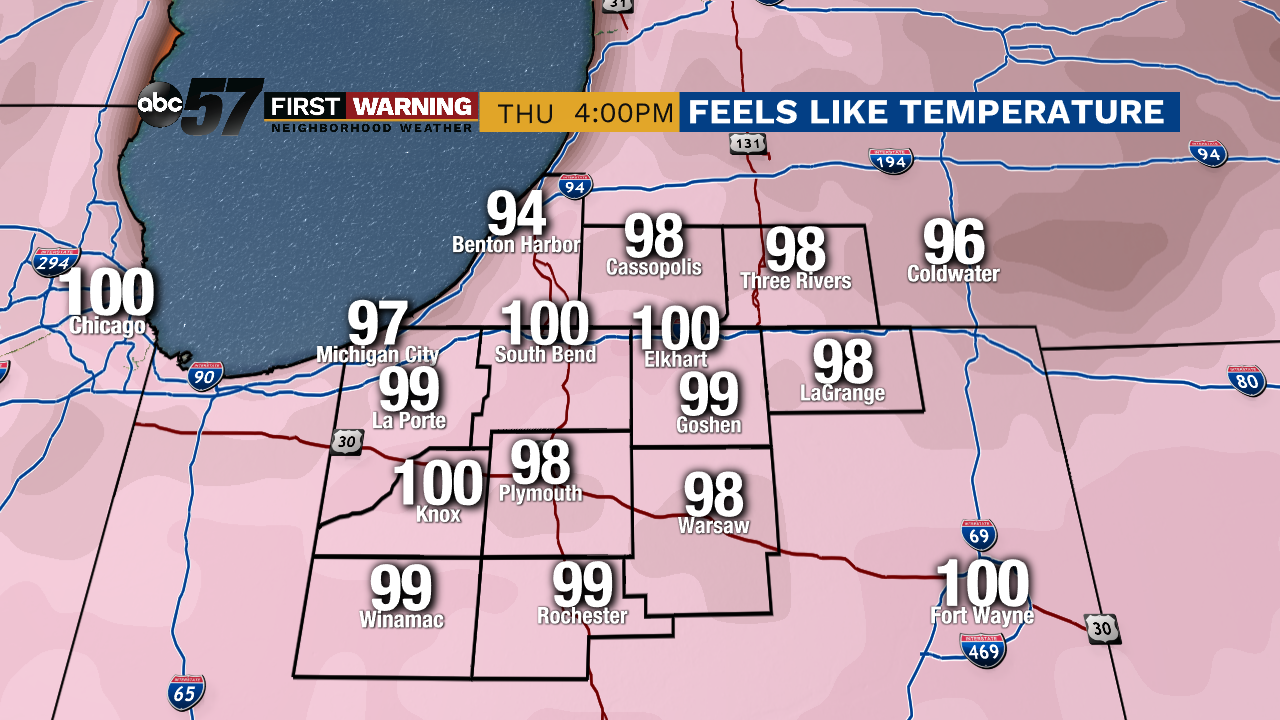 A stray shower or storm could be seen in the late afternoons to evenings the next couple of days. A few showers or storms will be possible Thursday evening but widespread storms look more likely Friday. That system will finally cut down on the heat. Daytime highs cool to the mid-80s over the weekend.

Thursday: 30 percent chance of showers after 2pm. Mostly sunny and hot, with a high near 95.

Friday: chance of showers, with thunderstorms also possible after 8am. Mostly cloudy and hot, with a high near 90. Chance of precipitation is 50%.

Saturday: 30 percent chance of showers. Partly sunny, with a high near 86.

Sunday: Mostly sunny, with a high near 85.