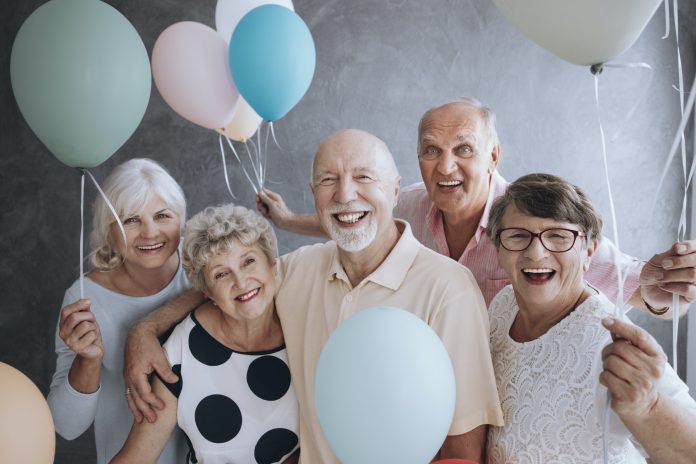 No one wants to admit they’re getting older. But after 55 years of helping aging Hoosiers find the help and support they need, the folks at REAL Services know it’s all part of life.

Becky Zaseck, the president and CEO of REAL Services, has seen a lot of change and growth across the entire organization since she joined the agency in 1986. The volunteer program and community support through local grants and donations has been particularly inspiring.

“I just don’t think that our agency would be where we are without the local support,” she says. “Without the growth of local support every year … we wouldn’t be able to serve the people that we’re serving.”

REAL Services began as the result of a simple grant request.

When Studebaker shuttered its doors completely in 1966, the United Way and several churches – then known as The United Fund – got together to collaborate on a solution to help Studebaker’s older workers who suddenly found themselves without retirement dollars.

The United Fund ended up receiving a grant called Project Able. They then hired Lester Fox to manage the project, and REAL Services was born; the organization started with a staff of three people and a budget of about $8,000.

Today, REAL Services has a staff of 220 people and – with additional funds from COVID relief – a budget that’s nearly $23 million.

“The culture here at REAL Services is one of careful use of public dollars and donations,” Zaseck says. “With that reputation and with a huge heart for those we serve, we’ve been able to grow.”

A WEALTH OF SERVICES

It wasn’t long before REAL Services began looking to expand its services and help others.

In 1974, amid a recession in the United States, REAL Services became an Area Agency on Aging, which opened up access to more federal dollars to expand nutrition and care management services and help more people. It also allowed the agency to expand into Elkhart, Kosciusko, La Porte, and Marshall counties in Indiana – this remains its service area to date.

The organization expanded again in 1985 when it became a Community Action Agency, which allowed it to help low-income families live more independently.

One of the most recent major additions to services for the agency was its 2013 merger with Alzheimer’s and Dementia Services, which allowed REAL Services to provide Alzheimer’s and dementia services from Elkhart County to Lake County in northern Indiana.

Despite the dearth of services, the agency has recognized that sometimes partnerships should and can do the job better. As a result, REAL Services contracts with 75 different agencies in the area and directs people to the right agency for the right job. By doing so, they ensure they don’t overlap and duplicate services with other organizations that are already providing services.

It hasn’t all been growth, though.

Federal funding for Americans over the age of 60 has flatlined in recent years while the need is increasing.

But Zaseck says that REAL Services and the community have stepped up to despite the lack of increased funding.

“You would be amazed at what volunteers have done to help,” she says. “If you put it out there, ‘we need help painting a house’ or ‘we need help gardening or with lawn mowing,’ people will step forward.”

One of the ways they’ve met the challenge for additional funding is with the REAL Grille: a for-profit mobile food truck the organization operates. The REAL Grille visits locations around the area during the summer selling gourmet grilled cheese sandwiches – and other foods – and then drives the money back into the nonprofit to feed other programs.

But that’s not the only creative way REAL Services has found to make up for lost federal dollars; the organization has a kitchen, which allows them to cater food to different events around the area through its Simply Catering To You business.

“It’s a fun way to respond to the need for more dollars, and the fact that the government can’t do it all,” Zaseck says. “They [the government] shouldn’t be expected to do it all. We look to our community partners, our supporters, and our own efforts – such as the REAL Grille – to earn money and support those in need.”

LOOKING TO THE FUTURE

As the population in the area begins to age, their needs will also change.

Zaseck explains that many of the people receiving services would have gone into nursing facilities if they hadn’t received home care from the agency. There are many who might have gone without food without Meals on Wheels, many that couldn’t go to the doctor without the transportation services the organization provides, and so many others who wouldn’t have been able to pay their gas and electric bills.

REAL Services recently did a study and found that helping someone live independently costs half as much as someone living in a nursing home. Zaseck points to a 2018 study by AARP which showed that 76 percent of Americans 50 or older wanted to remain living in their own home as they age, but only 59 percent thought it would be possible.

“We’re still a state that relies heavily on nursing home care, more so than other states,” Zaseck says. “But every year I hear the state of Indiana focusing on the Medicaid waiver and providing support to us to get people in-home services as soon as possible.”

The agency has grown from providing in-home care options and services to 500 people a year several years ago to serving about 3,000 to 4,000 people each year now, keeping them from having to enter nursing facilities.

Zaseck says REAL Services is looking to expand on its social enterprise programs in the future as well as its dementia services. In 2019, the agency looked at an organization in the Netherlands called De Hogeweyk, a village that normalizes dementia care for older adults.

REAL Services received a grant from the Community Foundation of St. Joseph County and brought consultants from the Netherlands to train staff on what normalizing dementia care could look like. The resulting program is Care Connections at Milton Village. REAL Services partner, The Center For Hospice Care, is creating a new facility at its old hospice house near Roseland to house the program.

The facility is designed to look like a small town with paved walkways, outdoor seating, an Irish pub, a movie theater, a doctor’s office, and other services. It will be a model for the region, the state and perhaps the entire country.

To celebrate its 55th anniversary, REAL Services lined up former Notre Dame football player Rocky Bleier to speak at its annual Age of Excellence program on May 5 at the Century Center (barring COVID restrictions), the agency’s recognition program for caregivers. They also are hoping to be able to host an open house in the fall, pending COVID restrictions.

For the last 55 years, REAL Services has been creating a community for all ages and working to assist those we serve to live as independently as possible. The Board, staff and volunteers look forward to the next 55 years as we change and grow to meet current and emerging needs.