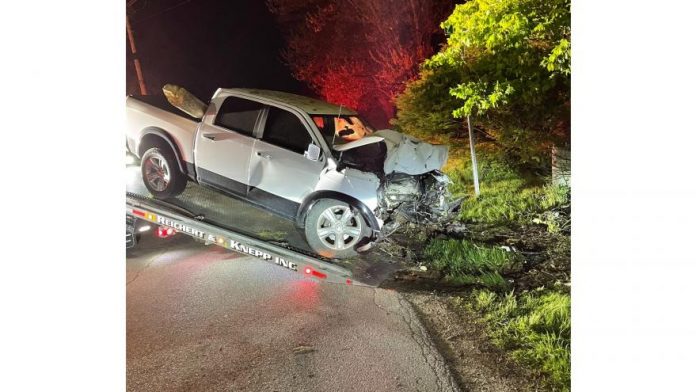 A North Manchester man was killed in a crash in Kosciusko County.

The collision happened around 2:30 a.m. on Saturday, May 1, at the intersection of Country Club Road and CR 200 South according to the Kosciusko County Sheriff’s Office.

The victim was identified as Anthony Sumner, 51, according to deputies.

According to the preliminary investigation, Sumner was allegedly traveling east on CR 200 S and did not stop at Country Club Road. The 2014 Ram 1500 then hit a tree on the east side of the intersection.

Sumner was pronounced dead at the scene.

This collision is still under investigation by the Kosciusko County Sheriff’s Office Fatal Crash Team.