Elkhart County Sheriff Jeff Siegel has formally announced his candidacy for a second term as sheriff.

Siegel started his career in law enforcement in the Elkhart County Sheriff’s Office in 1991 as a patrol officer, then rose through the ranks.

He served with the county’s drug task force, and worked in the investigative division on property crimes and crimes against children.

In 2004, he took over as the head of the investigative division. He says his first term as sheriff was a blessing and he’d be honored to serve a second term. 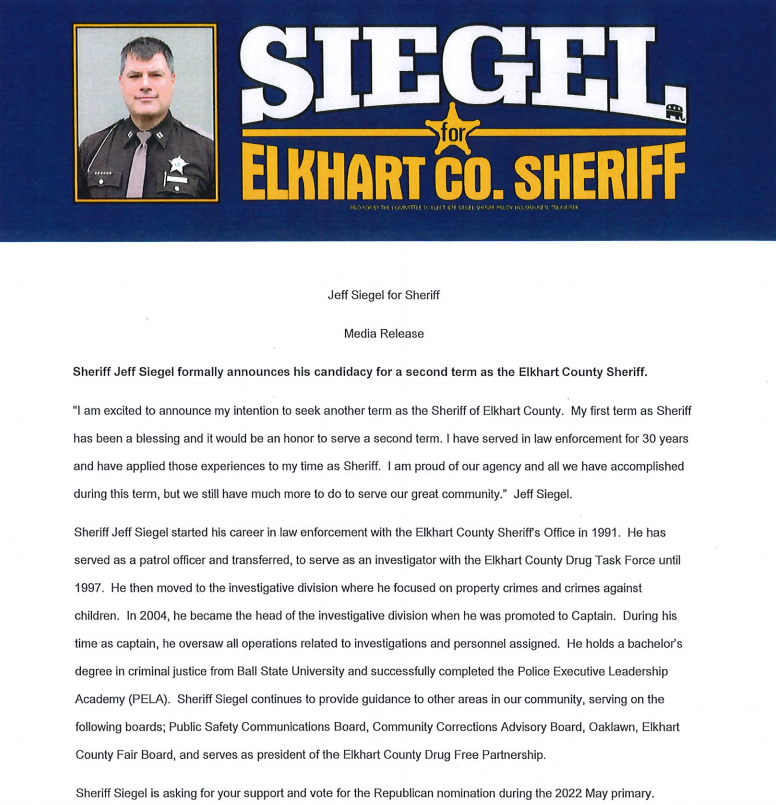