The Penn High School volleyball coach seen on video getting physical with a player will officially return to coaching duties on Monday. 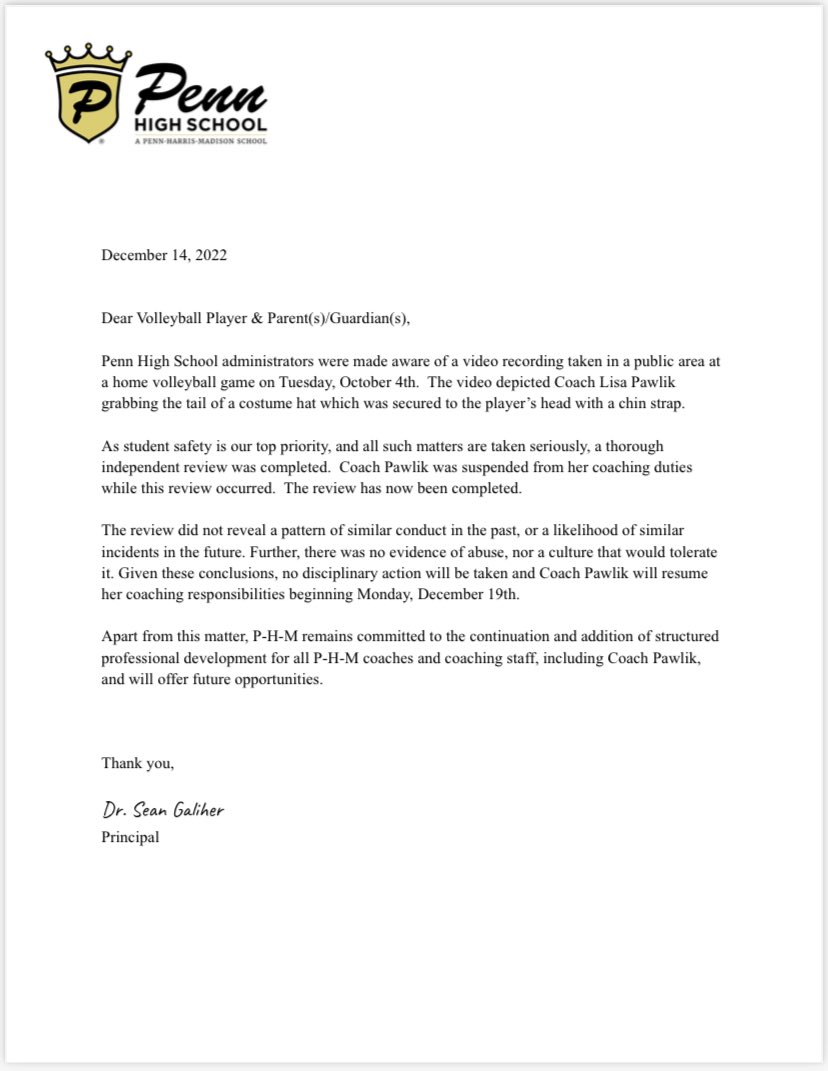 In a letter sent to parents, the district said it’s investigation of Head Volleyball Coach Lisa Pawlik did not reveal a pattern of similar conduct in the past or a likelihood of similar instances in the future. With that, it also said no disciplinary action would be taken against the coach.

Pawlik was still allowed to teach during the investigation, though she was suspended from coaching the team.