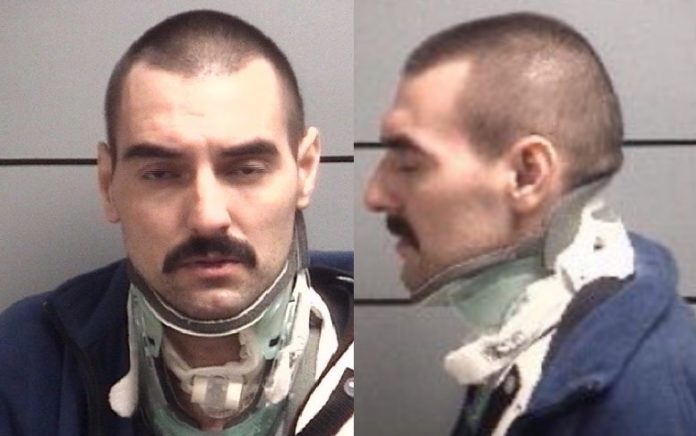 A man wanted on multiple felony charges attached to an officer-involved shooting in Plymouth turned himself Friday morning.

Police officers say Lane G. Dodson shot at them in the parking lot of the Plymouth K-Mart in December of 2014.

He was then shot multiple times by officers and airlifted to a hospital.

Dodson faces multiple felony charges in the incident, including attempted murder, domestic battery, battery and and intimidation with a deadly weapon.

He has been monitored since his release in February.

Upon learning of the charges, Dodson surrendered himself Friday morning to Indiana State Police at the Marshall County Jail.

He has been placed under house arrest in a Kosciusko County home due to his medical needs.