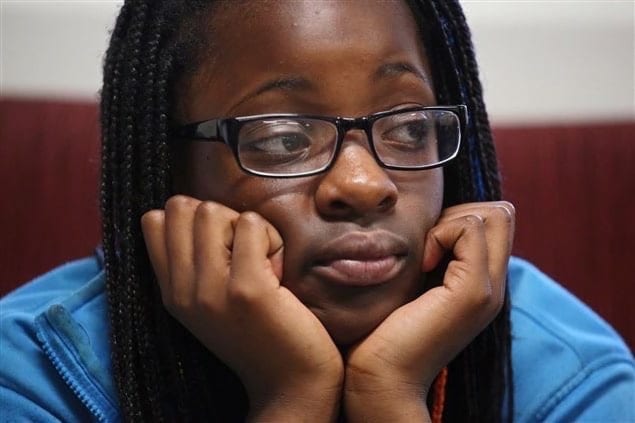 A now former sixth grade student in the Concord Community Schools has transferred schools after being the target of three racist threats or incidents in a few weeks.

It began when someone called NyZeria Neely a racial slur in the hallway. Soon after she found a note attached to her locker warning her to “watch her back.”

This past Monday she found a note that repeated the racial slur and how they “didn’t belong.”

The Elkhart Truth reports the 11 year-old reported the incidents to the school, and administrators told her the note was “just words.” Her parents have since enrolled she and her siblings in another school system.

Concord Superintendent Wayne Stubbs called the situations NyZeria was subjected to “unacceptable” and said they are being taken seriously. The school is also working with the NAACP on the matter.

A report was filed and the note remains under investigation by the schools and Elkhart County Sheriff’s Department.