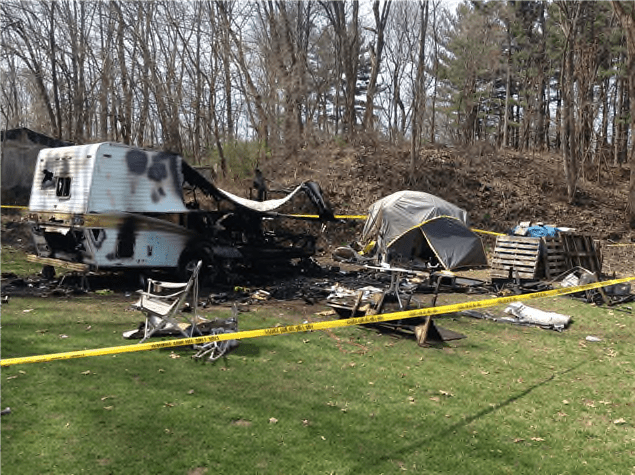 A Goshen boy killed in a Sunday morning RV fire in Goshen has been identified.

Firefighters were called at 6:53 a.m. Sunday, April 12, to the 200 block of N. 21st Street, where an RV parked on the property was on fire, according to a news release from the Goshen Fire Department.

After the fire was mostly extinguished, firefighters found the body of 7-year-old Samael Hazard inside the RV, according to the news release.

A 10-year-old boy was airlifted to Bronson Methodist Hospital in Kalamazoo, Mich., after the fire, but his condition wasn’t known as of Monday morning, April 13, according to 95.3 MNC’s news partners at The Elkhart Truth.

The rest of the family members inside the RV — two adults, another child and an infant — were treated for smoke inhalation and other minor injuries at IU Health Goshen Hospital.

The fire is believed to be accidental, according to the news release.

Read more about the fire and find out how to donate to help the family in the full story from The Elkhart Truth.