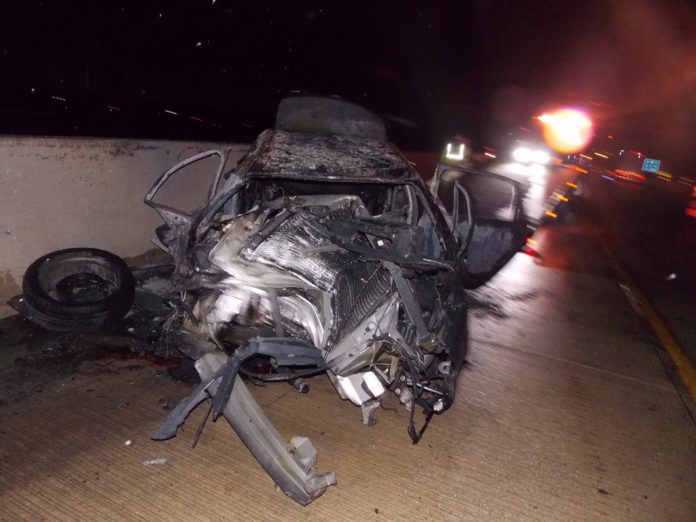 Three people saved the life of a Merrillville man when they pulled him out of his burning car before the vehicle was consumed by flames after a crash in northwest Indiana early Thursday morning, April 16.

The 36-year-old Merrillville man was driving a Chevy Impala northbound on I-65 near the 61st Avenue exit in Merrillville when the car crashed into the back of a semi tanker at 1:19 a.m., according to a news release from the Indiana State Police.

After hitting the semi tanker, the Impala spun to the left and hit the inside concrete barrier. It then caught on fire.

The driver of the semi tanker and two other people pulled the Merrillville man out of the Impala before the flames engulfed the car, according to the news release.

The driver was taken to North Lake Methodist Hospital in Gary to be treated for severe injuries to his right hand, according to the news release. The Impala was destroyed.