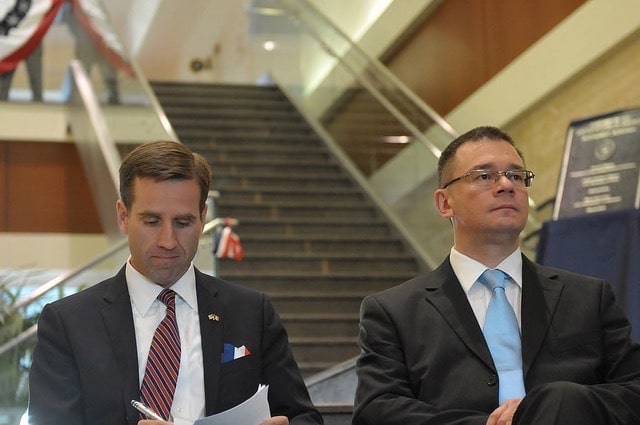 The 46-year-old lawyer died Saturday of brain cancer, less than two years after being diagnosed.

Beau Biden was hospitalized earlier this month at Walter Reed National Military Medical Center. At the time the vice president’s office declined to say why he was being treated.

He announced last year that he would not seek a third term as attorney general and instead planned to run for governor in 2016.

In addition to serving as attorney general, Beau Biden was a member of the Delaware National Guard.

Here are some reactions to his death: