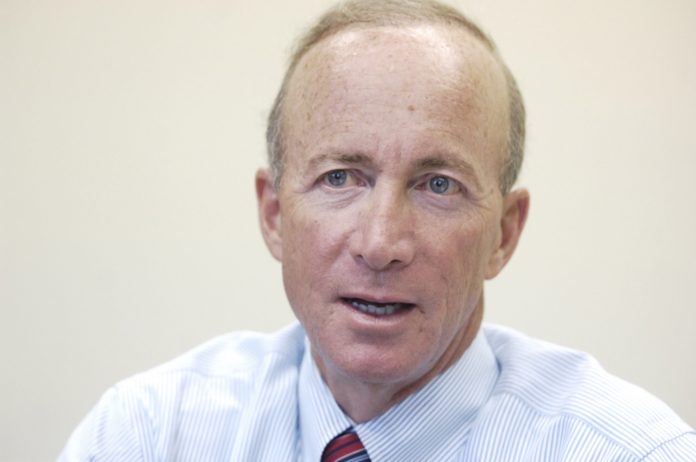 INDIANAPOLIS — Interactive Intelligence Group Inc., a global provider of collaboration, communications and customer engagement software and cloud services, has elected Mitch Daniels to its board of directors.

Daniels, a former businessman and public official who was Governor of Indiana from 2005 to 2013, today serves as President of Purdue University.

Prior to serving as Governor of Indiana, Daniels worked for the Bush administration as Director of the U.S. Office of Management and Budget. Before that he held positions as President of North American Pharmaceutical Operations and Senior Vice President of Corporate Strategy and Policy at Eli Lilly and Company.

“Mitch’s many successes as Governor, combined with his experience as senior executive of a global business and recent achievements leading Purdue University make for an exceptional addition to our board,” said Dr. Donald E. Brown, Interactive Intelligence founder and CEO.

“I have long admired Interactive Intelligence as Indiana’s flagship information technology company,” Daniels said. “Its founder is one of our state’s true visionaries and I look forward to adding value to this great technology company with a tremendous history of innovation and success.”

Daniels’ political career began in 1977 working with Richard Lugar as Chief of Staff in the Senate, then Executive Director of the National Republican Senatorial Committee. Before that he was President of the Hudson Institute, and held positions as chief political adviser and liaison to President Ronald Regan.

Daniels is a graduate of Princeton University and received his Juris Doctor from Georgetown University Law Center.

Interactive Intelligence (Nasdaq: ININ) is a global provider of enterprise-grade collaboration, communications and customer engagement software and cloud services that help customers improve service, increase productivity and reduce costs. Backed by a 21-year history of industry firsts, 22 patents and more than 6,000 global customer deployments, Interactive offers customers fast return on investment, along with robust reliability and security. The company gives even the largest organizations an alternative to unproven solutions from start-ups and inflexible solutions from legacy vendors. Interactive has been among Software Magazine’s Top 500 Global Software and Services Suppliers for 14 consecutive years, has received Frost & Sullivan’s Company of the Year Award for five consecutive years, and is one of Mashable’s 2014 Seven Best Tech Companies to Work For. The company is headquartered in Indianapolis, Indiana and has more than 2,000 employees worldwide. For more information, visit www.inin.com.

Interactive Intelligence is the owner of the marks INTERACTIVE INTELLIGENCE, its associated LOGO and numerous other marks. All other trademarks mentioned in this document are the property of their respective owners.