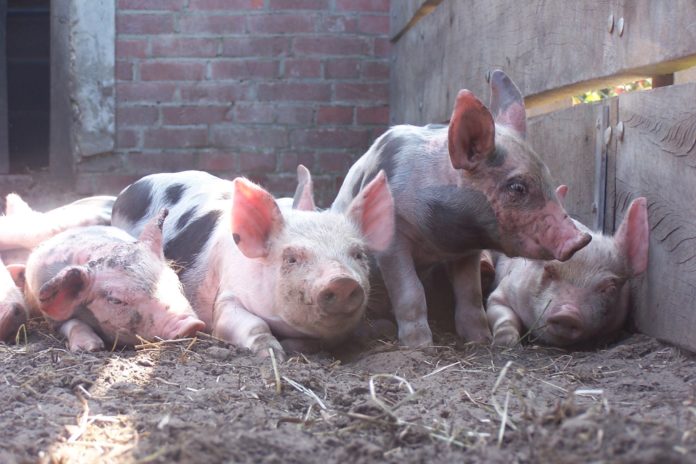 XENIA, Ohio (AP) — A semitrailer carrying 2,200 piglets has overturned on an Ohio highway.

Numerous agencies and volunteers worked to corral the animals after the crash Monday night on U.S. Route 35 in Xenia Township, near Dayton. Crews picked up the squealing pigs by their hind legs. They were taken to Greene County Fairgrounds.

Authorities say 300 to 400 pigs were killed. They say some of the animals ran into a nearby wooded area.

Authorities say the driver of the semitrailer lost control and slammed into a guardrail. He was not injured. A female passenger was taken to a hospital with minor injuries. The truck was traveling from South Carolina to Indiana.