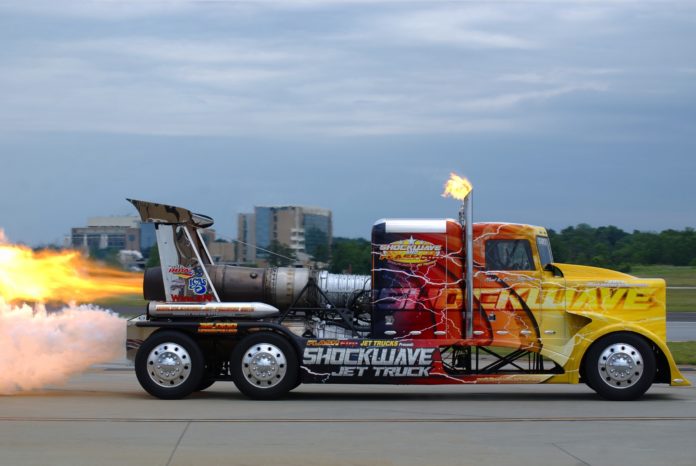 Instead of a downed plane, the responders found a man washing his jet-powered semi-trailer, which owner Neal Darnell calls Shockwave.

To wash the 36,000-horsepower truck, Darnell has to use its jet engines, which causes a lot of noise and white smoke.

The Springfield News-Leader reports when Darnell’s new neighbors heard the loud noise Monday and saw smoke over their tree line, they called 911.

Darnell says he takes Shockwave to truck shows across the country, where it does things like setting stacks of cars on fire or racing fighter planes.