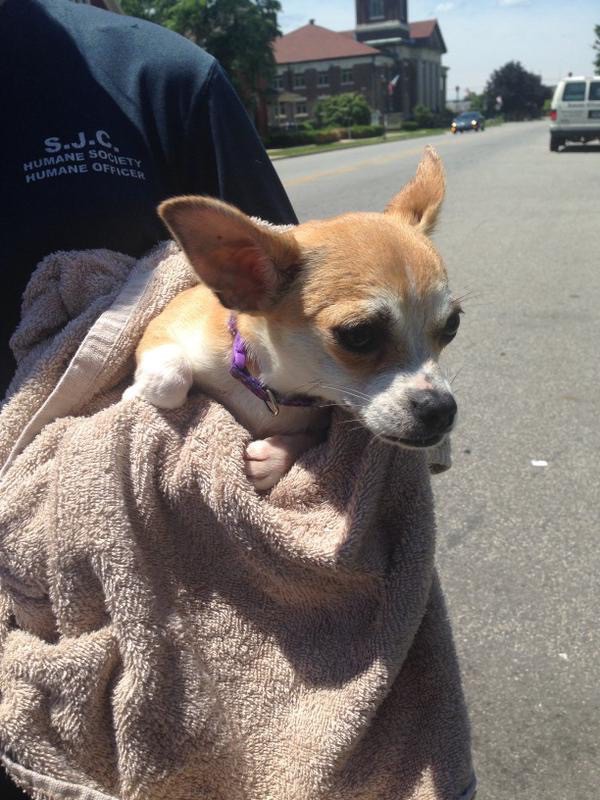 A chihuahua named Sandy has been reunited with her owner after the Mishawaka Fire Department rescued it from the St. Joseph River on Sunday, June 28.

The dog was on a tree branch above the river near Central Park in Mishawaka at about 1 p.m., according to a tweet from the Mishawaka Fire Department.

Sandy the chihuahua is reunited with her owner after being rescued from the river. The story on @WNDU pic.twitter.com/C8VVLTVZvG