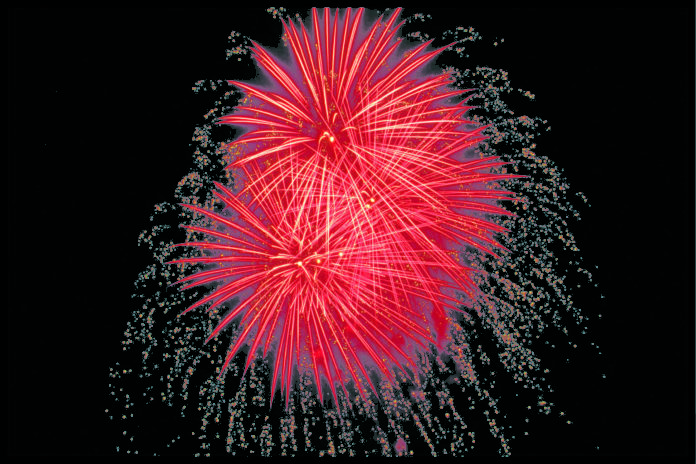 As the nation gears up to celebrate America’s birthday, here are some Fourth of July highlights from around the country:

IN AMERICA’S BIRTHPLACE: CONCERTS, A PARADE AND BEER

Philadelphia started its Fourth of July celebration a little early.

The city’s Liberty Block Party kicked off the festivities Friday near Independence Hall with music on three stages, treats from local food trucks and restaurants and a beer garden.

Saturday’s events include a Celebration of Freedom ceremony, a parade through the city’s historic district and a free concert and fireworks on the Benjamin Franklin Parkway. The Celebration of Freedom marks the 50th anniversary of a protest outside Independence Hall that would be a milestone in the fight for gay rights.

The concert features performances from Philadelphia’s own The Roots, Miguel and Jennifer Nettles.

Fireworks, parades and a $17.76 maple bacon cronut sundae on menu for Nevada’s Fourth of July.

The Reno Philharmonic Orchestra sets the soundtrack for the “Red, White and Tahoe Blue” fireworks show in Lake Tahoe. And parades in Fernley, Virginia City and Ely and Boulder City’s “Damboree Celebration,” build up to the main event.

For the 321,000 visitors to Las Vegas, the Fourth of July show on the Strip is set for 9:15 p.m. at Caesars Palace. Hungry? On-site restaurant Serendipity 3 is selling a maple bacon cronut sundae for $17.76.

Off the Strip, shows at Red Rock Resort and Green Valley Ranch start at 9 p.m.

Contestants have hit the scales ahead of the annual July Fourth hot dog eating contest at New York’s Coney Island.

The dogs will be served Saturday morning.

Chestnut tipped the scales at a hearty 230 pounds while Michelle Lesco ranked the lightest competitor at 112 pounds.

The event also featured a ceremonial stare down between the competitors.

More than 30,000 are expected to witness the feeding frenzy.

The star-studded event is held at the DCR Hatch Cell in the city’s Back Bay off the Charles River Esplanade and will also feature Broadway star Michael Cavanaugh, “American Idol” finalist Melinda Doolittle and “America’s Got Talent” finalist Sons of Serendip, a quartet who met at Boston University.

Drum and bugle corps the Boston Crusaders and the USO Show Troupe will also perform.

Events, which are televised and broadcast live in Boston, begin at 8 p.m. Fireworks start at 10:30 p.m.

Crowds came out Friday to listen to the performers rehearse.