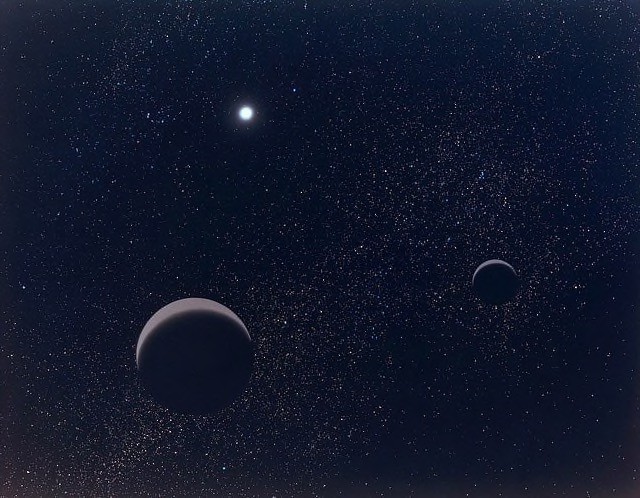 CAPE CANAVERAL, Fla. (AP) — Pluto is about to reveal itself. So Earthlings, sit back and enjoy the show.

On Tuesday, NASA’s New Horizons spacecraft will sweep past Pluto and present the previously unexplored world in all its icy glory.

It promises to be the biggest planetary unveiling in a quarter-century. The curtain hasn’t been pulled back like this since NASA’s Voyager 2 shed light on Neptune in 1989.

New Horizons has traveled 3 billion miles over 9½ years to get to this historic point. The fastest spacecraft ever launched, it carries the most powerful suite of science instruments ever sent on a scouting and reconnaissance mission of a new, unfamiliar world.

Astronomer Clyde Tombaugh’s ashes are flying on the spacecraft. tombaugh is credited with discovering the planet.

New Horizons is also carrying a 1991 U.S. postage stamp that’s about to become obsolete. The stamp trumpets “Pluto Not Yet Explored.” Also on board are two state quarters, one for Florida, home to the launch site, and the other for Maryland, headquarters for the spacecraft developers and flight control.

In all, nine small mementos are tucked aboard New Horizons.

There’s a good reason there are nine.

When New Horizons rocketed away from Cape Canaveral in 2006, Pluto was the ninth planet in our solar system. It was demoted to a dwarf planet seven months later.