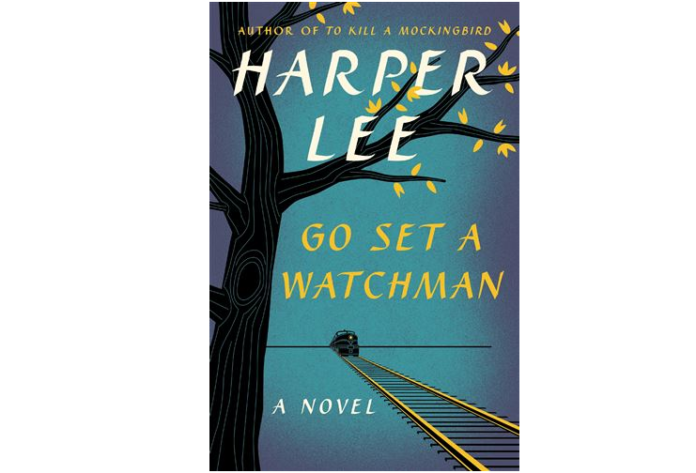 MONROEVILLE, Ala. (AP) — Harper Lee fans worldwide stayed up late, awoke early and dashed off during meal breaks to pick up a copy of the year’s most anticipated novel, “Go Set a Watchman,” a second work from the author of the Pulitzer Prize-winning “To Kill a Mockingbird” that once seemed impossible.

Booksellers from Cambridge, Massachusetts to Downers Grove, Illinois opened at midnight Tuesday, while Barnes & Noble stores began selling copies at 7 am, two hours earlier than usual. Pre-orders have already made “Go Set a Watchman” one of the year’s top books and did not let up despite lukewarm reviews and the unwelcome news that Atticus Finch, one of the all-time literary heroes, was a bigot in “Watchman.”

Author Harper Lee’s hometown of Monroeville buzzed with excitement over the Tuesday release of her novel “Go Set a Watchman.” The town is the model for Maycomb, the setting of both books. A full day of celebrations was planned, including readings, tours and a mint julep cocktail hour outside the old courthouse.

Amid the excitement, there also was trepidation and disbelief that character Atticus Finch, the courtly model of integrity who defended a black man wrongly accused of rape in the 1930s in “Mockingbird,” is portrayed as a racist 20 years later in “Watchman.”

Here are some scenes from Monroeville.

Lee, also known as Nelle, was expected to spend the day as she usually does at the 15-person assisted-living facility where she is closely guarded and only a short list of pre-approved visitors are allowed to see her.

Wayne Flynt, a historian and author, said he visited her on Monday and handed her an inch-thick stack of news articles and printouts from around the world about the release of “Watchman.”

While Lee’s day is expected to be normal, “normal means monotonous and boring, except when you just took over the media of the entire world, in which case it’s a lot more exciting,” he said.

Flynt said he summarized some of the reviews to Lee, who is 89 and mostly deaf and blind.

“She is processing all of this with good humor and a little bit of understanding of how over the top it is,” Flynt said.

For some, “Watchman” is a poignant but painful reminder of the segregation and prejudice that existed in Monroeville in the 1950s.

Mary Tucker, who is black, said she remembered going into a Monroeville dress shop and being told she could only try the dress on over her clothes, not next to her skin.

“We couldn’t sit downstairs at the movies, so of course we didn’t go,” she said.

Tucker said an Atticus Finch, who attends White Citizens’ Council meetings and defends segregation in “Watchman,” would have been an accurate depiction of how many prominent Monroeville men felt at the time.

By Tuesday morning, Alice Brantley had already read the first third of “Watchman,” which was written before “Mockingbird,” even though it takes place two decades later.

She said she made the eight-hour drive from Denton, Georgia, for all the weekend’s activities in Monroeville.

READING FOR A CROWD

Shortly after sunrise, the doors of the Old Courthouse Museum opened and a bell tolled to mark the start of a marathon reading of “Watchman.”

Among those signing up was Candy Smith, 49. She got there early after a nearly two-hour trip from Montgomery and was asked to be the first speaker in a reading expected to last eight hours.

“I love ‘To Kill a Mockingbird.‘ I didn’t know if I’d get a chance to read, but I’m excited,” Smith said.

The museum is dedicated to telling a story of Lee and childhood friend Truman Capote. The reading is in the old courtroom where Lee’s father practiced law. The “Mockingbird” movie’s courtroom is an almost identical replica of the one in Monroeville.

DID LEE WANT TO RELEASE THE BOOK?

Before the February announcement of the discovery and release of “Watchman,” Lee, had long said she wouldn’t publish another novel.

Concerns linger in Monroeville over whether the publication is something Lee truly wanted.

“I don’t think that Nelle, if she were really able to think as she was able to years ago, if she would have approved the book,” said Mary Tucker, a former Old Courthouse Museum board member who said she used to visit with Lee at the assisted-living facility.

Flynt, the historian, dismissed concerns that the author might have been manipulated into releasing the book. He said “Watchman” provides a more complex and difficult look at race in a small southern town.

“‘Mockingbird’ is black and white. The morality is a child’s morality. ‘Go Set a Watchman is an adult’s morality,” Flynt said.

The new novel traces Scout Finch’s return home to Maycomb in the 1950s. She finds that her father, Atticus, has changed. News of his development came out in reviews ahead of the “Watchman” release.

Judy May said she’s tried to stay away from spoilers but is concerned about a different Atticus.

“Atticus has been a hero-type person through our lives here in Monroe County and the whole world actually. It would be pretty disappointing,” May said. “But at the same time, you have to kind of remind yourself he was human at the time he was raised.”

Before the book’s midnight release, more than 200 people waited in humid summer weather for sales to begin at Ol’ Curiosities & Book Shoppe.

An Atticus Finch impersonator, with glasses and a briefcase, entertained the crowd, a few of whom dressed as characters from the book.

Judy May and her sister Julia Stroud drove back to their hometown of Monroeville and snatched up the store’s first two copies of “Watchman.”

“I’m so excited, I’m shaking,” May, 51, said as she walked outside with her hardback treasure.