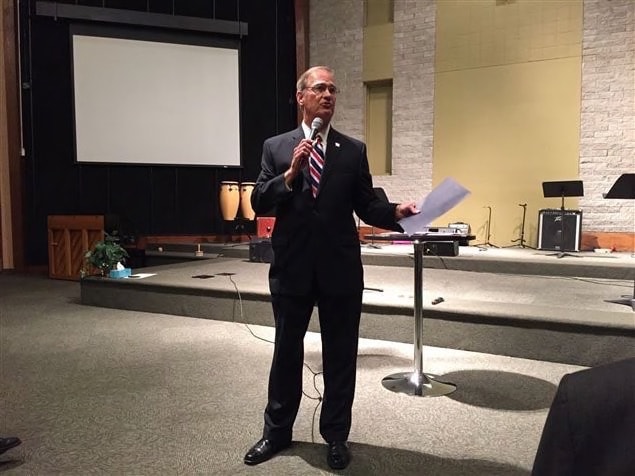 Advance America executive director Eric Miller was a leading supporter of Indiana’s religious objection law. He told about 100 people at an Elkhart church Tuesday that defeat of the Elkhart and Goshen proposals would hurt a push for similar statewide sexual orientation protections.

The Goshen City Council could debate the proposal July 21, while the Elkhart City Council likely won’t take it up until next month.

Mayors Dick Moore of Elkhart and Allan Kauffman of Goshen say the broader protections would present their cities as welcoming communities.