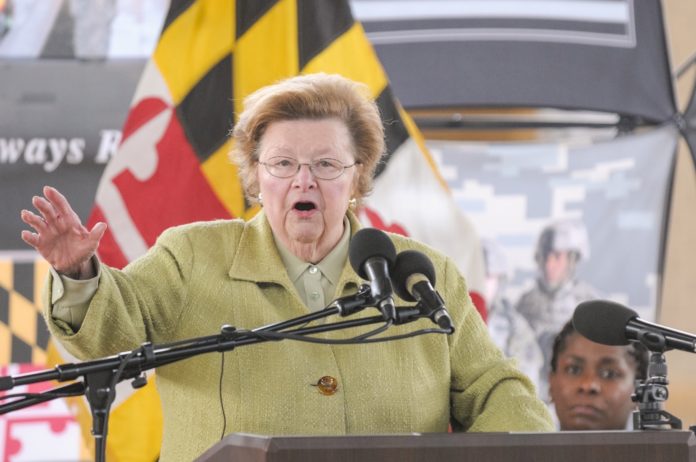 WASHINGTON (AP) — Supporters of the Iran nuclear deal now have enough votes in the Senate to make sure the deal survives a challenge from Republicans.

The 34 votes are enough to uphold a presidential veto of a resolution of disapproval.

Democratic Sen. Barbara Mikulski of Maryland today became the 34th vote in favor of the agreement. She calls it “the best option available to block Iran from having a nuclear bomb.”

With opposition to the agreement failing to take hold on the Democratic side, supporters may even be able to muster the 41 votes needed to block the disapproval resolution from passing in the first place.

There’s no reaction yet from the Israeli government of Prime Minister Benjamin Netanyahu, who has lobbied U.S. lawmakers to block the nuclear pact.

Secretary of State John Kerry, in a speech in Philadelphia today, has been making the case that the agreement makes the U.S. and its allies safer. He earlier told MSNBC that “the fastest way to a genuine arms race in the Middle East is not to have this agreement.”