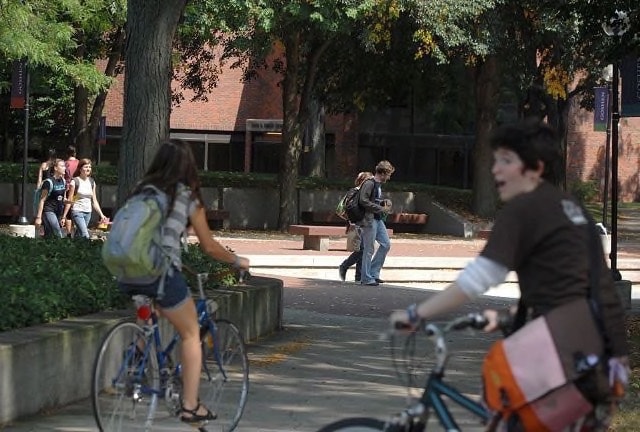 GOSHEN, Ind. (AP) — Two Mennonite institutions have announced their withdrawal from the Council of Christian Colleges and Universities due to recent decisions to allow the hiring of married gay and lesbian faculty and staff.

The presidents of Indiana’s Goshen College and Eastern Mennonite University, in Harrisonburg, Virginia, jointly announced their withdrawals from the organization on Monday.

The CCCU is an international association of Christian institutions of higher education with about 120 members.

Several CCCU institutions have expressed concerns about decisions by Goshen and EMU to update their non-discrimination policies and allow the hiring of married gay and lesbian employees. Both schools are affiliated with Mennonite Church USA.

Goshen President Jim Brenneman told the South Bend Tribune the Mennonite institutions and other CCCU members have a “difference in understanding about this particular issue.” He added they are separating as friends.