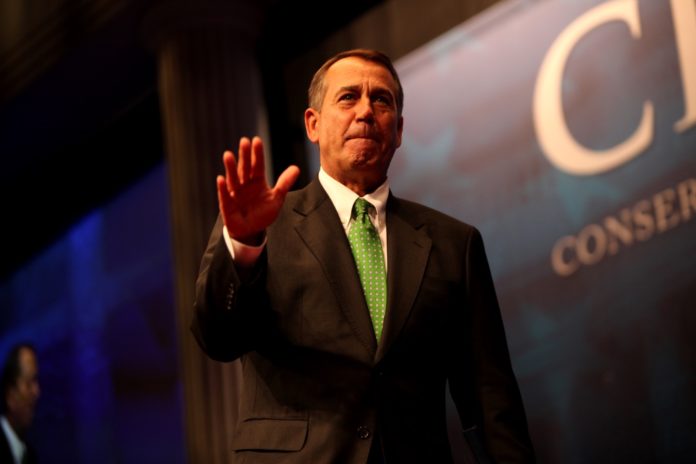 WASHINGTON (AP) — In a stunning move, House Speaker John Boehner has told Republicans that he will step down at the end of October, giving up his leadership post and his seat in Congress in the face of hardline conservative opposition.

The 13-term Ohio Republican shocked his GOP caucus early this morning when he informed them of his decision in a closed-door session.

Conservatives have demanded that any legislation to keep the government operating past next Wednesday’s midnight deadline strip Planned Parenthood of its funds, a stance opposed by more pragmatic lawmakers. The dispute had threatened Boehner’s speakership and roiled the GOP caucus.

Boehner took over the speakership in January 2011.