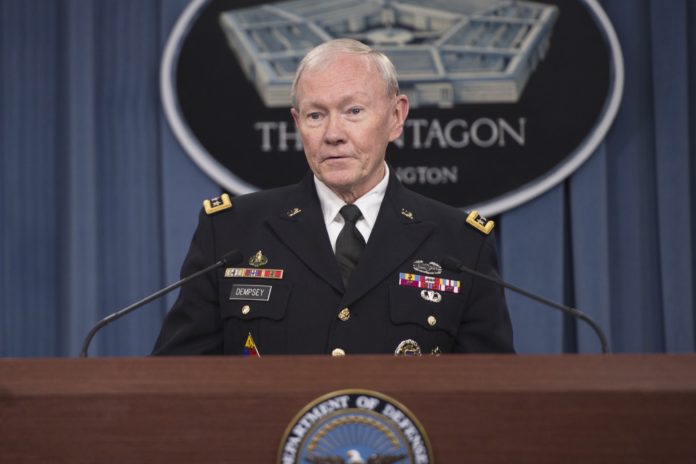 SOUTH BEND, Ind. (AP) — The University of Notre Dame has announced the general who stepped down as the military’s top officer last week will be the principal speaker at its commencement next spring.

Army Gen. Martin Dempsey announced Friday he was retiring as chairman of the Joint Chiefs of Staff. Dempsey took over as President Barack Obama’s top military adviser in September 2011.

University President the Rev. John Jenkins says Dempsey is a military strategist who was trained as a humanist who has always shown great concern for the common soldiers under his command. He describes Dempsey as a steady, wise and conscientious leader.