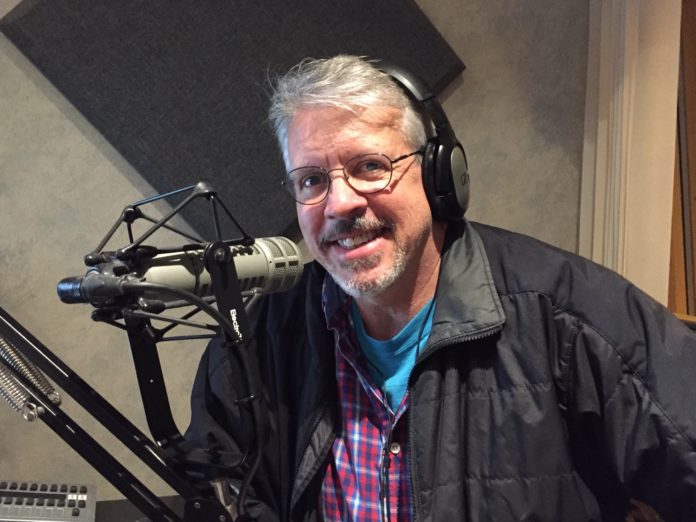 News/Talk 95.3 Michiana’s News Channel bid farewell to Gordy Young during his final newscasts with us on Friday, October 23.

Young, who has been seen and heard on television and radio for more than two decades in Michiana, is moving to Wisconsin to be closer to his family. With his move, he will also begin a new job with Magnum Broadcasting, which owns 16 radio stations in the state of Wisconsin.

Young came to 95.3 MNC as news anchor during Michiana’s Morning News with Mark McGill in August 2014. During his time with us, he continued to host his television show “Experience Michiana” on WNIT Public Television. Of course, he is best known to television viewers for his long tenure as the morning meteorologist on WNDU, alongside news anchor Tricia Sloma.

“Since 1994, I’ve had a fantastic time in my ‘adopted’ home of South Bend/Mishawaka,” Young wrote on his Facebook page. “The next chapter of my life includes a new radio job in south central Wisconsin (my family’s home). I can’t thank the people of Michiana enough for the last 21 years. We sure had some fun along the way, didn’t we? I wish you all the best, from the bottom of my heart. Thanks for the memories! I’ll be back to visit once in awhile, it’s not that far away…Peace, Gordy.”

Please join us in wishing him well on his next adventure. Good luck, Gordy!

Jon Zimney is the news and programming director for News/Talk 95.3 Michiana’s News Channel.