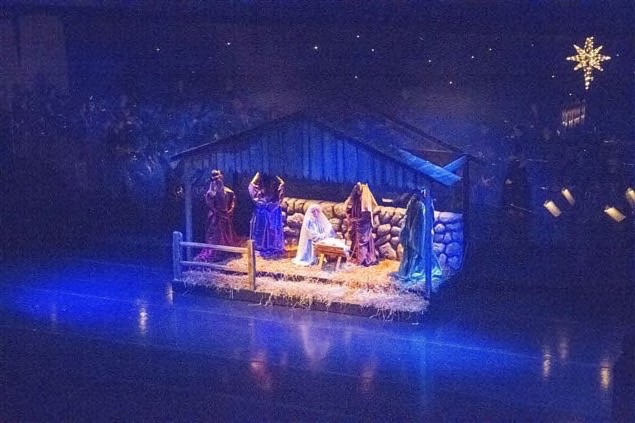 After a federal judge granted a preliminary injunction banning  Concord Community Schools from including a live Nativity scene as part of its annual Christmas show, the school, instead, featured a Nativity scene using mannequins in the Christmas Spectacular program on Saturday, Dec. 12.

During the second half of the program, the narrator described the Christian tradition of Christmas, drawing large applause and cheers from the crowd, according to 95.3 MNC’s reporting partners at The Elkhart Truth.

As the song “Jesus, Jesus, Rest Your Head,” came to an end, a curtain rose revealing a static Nativity scene with mannequins in place of live student-actors, The Elkhart Truth reported.

The crowd again cheered and applauded, so loud that the singers’ next song was briefly drowned out.

U.S. District Judge Jon DeGuilio issued an order earlier this month saying that based on the manner on which the Nativity scene is depicted, it “impermissibly conveys an endorsement of religion and thus runs afoul of the Establishment Clause,” which prohibits government from endorsing a religion.

The district is considering an appeal to the order.

A hearing on the case is scheduled for Jan. 7.