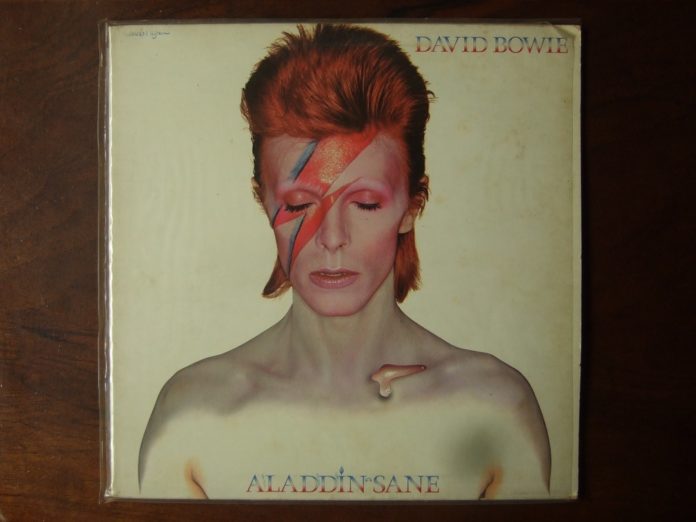 LONDON (AP) — The latest on the death of singer David Bowie. All times local.

Germany’s Foreign Ministry says David Bowie is “now among heroes” and is thanking the one-time West Berlin resident for “helping to bring down the wall.”

The ministry’s post on its Twitter feed includes a link to a video of Bowie performing “Heroes,” which contains the line “I can remember/Standing, by the wall.”

The ministry wrote: “Good-bye, David Bowie. You are now among #Heroes. Thank you for helping to bring down the #wall.”

Bowie lived in West Berlin in the late 1970s. Mayor Michael Mueller said Monday that “Heroes” became “the hymn of our then-divided city and its longing for freedom.”

Mueller said that that “Berliners are mourning a musical genius and one of their most famous fellow citizens.”

Producers of the reality TV show “Celebrity Big Brother” say David Bowie’s ex-wife, Angie, has not yet been told of the rock star’s death.

Angie Bowie is currently appearing on the British show, whose contestants must live together in a house, cut off from the outside world and filmed by ever-present cameras.

The show’s publicists sad Monday that “Angie Bowie will be informed off camera today at the earliest opportunity.”

They promised a further update once she has been told.

David Bowie and Mary Angela Barnett married in 1970 and divorced in 1980. They have one son, the filmmaker Duncan Jones.

Many of the tributes being offered to the late David Bowie have been personal, reflections of the life of the man as well as the star.

Bowie’s son, director Duncan Jones, posted a picture of his smiling father, with the line, “Very sorry and sad to say it’s true. I’ll be offline for a while. Love to all.”

Former Prime Minister Tony Blair, who described himself as a huge fan, said Bowie would be “deeply mourned.”

“From the time I saw his Ziggy Stardust concert as a student, I thought he was a brilliant artist and an exciting and interesting human being,” Blair said in a statement. “It was a great privilege when I got to meet him later in life.”

The Vatican’s culture minister has paid tribute to David Bowie by tweeting the lyrics to his song “Space Oddity.”

Cardinal Gianfranco Ravasi wrote on Twitter Monday: “Ground Control to Major Tom Commencing countdown, engines on Check ignition and may God’s love be with you.”

Tributes are pouring in for singer David Bowie, with politicians, clerics, actors and an astronaut offering their recollections of the late star.

British astronaut Tim Peake tweeted his sadness from outer space aboard the International Space Station, while London Mayor Boris Johnson said “No-one in our age has better deserved to be called a genius.”

Archbishop of Canterbury Justin Welby told the BBC on Monday that he became a fan during Bowie’s early rise to prominence.

“I remember sitting listening to his songs endlessly in the ‘70s particularly and always really relishing what he was, what he did, the impact he had,” Welby said. “Extraordinary person.”

Comedian Ricky Gervais, who persuaded his idol to appear on his television show, “Extras,” wrote on Twitter: “I just lost a hero. RIP David Bowie.”

Kanye West has hailed David Bowie as one of his “most important inspirations” in a tribute to the singer on Twitter.

He says Bowie was “so fearless, so creative, he gave us magic for a lifetime.”

British rocker Billy Idol also took to Twitter to describe his loss, saying he was “nearly brought to tears” by the sudden news of Bowie’s passing, adding “RIP.”

The British Prime Minister tweeted Monday that he had grown up listening to and watching Bowie.

He called the singer a “master of reinvention” and a pop genius who kept on getting it right.