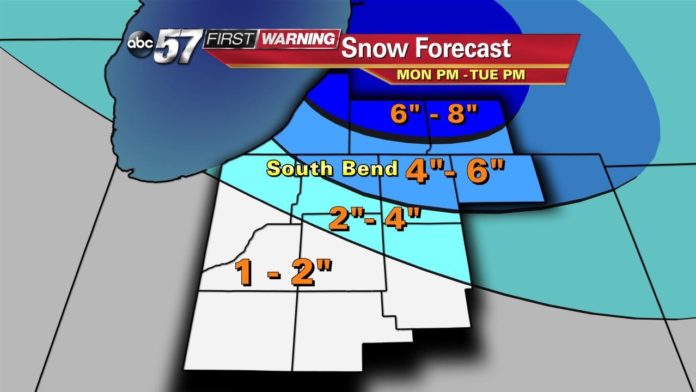 Lake effect snow and gusty wind will hamper travel today, according to ABC 57 Meteorologist Greg Bobos. Wind gusts top 30 mph, blowing and drifting snow will also be an issue. Temperatures drop from the teens Tuesday afternoon back to the single digits Wednesday morning.

Tonight: Snow showers and lows in the single digits.