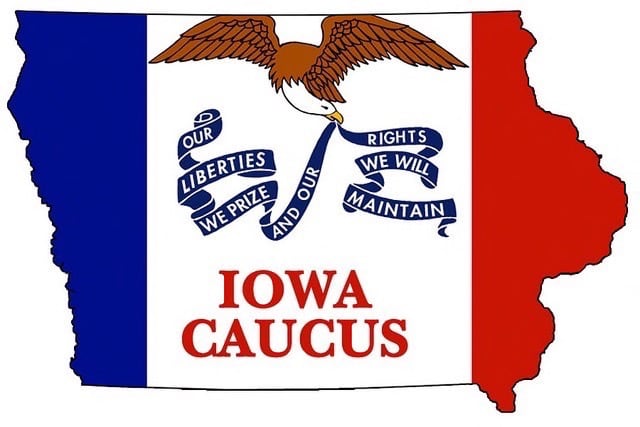 DES MOINES, Iowa (AP) — For all the hype surrounding the Feb. 1 caucuses, only a fraction of Iowa’s registered voters participate.

So over the final weekend, campaigns on both sides of the aisle were focused on turning out voters.

But the one question the polls or the crowds or the pundits can’t fully answer is just how many people will show up Monday? And what will the numbers mean?

The higher the turnout, the better the outcomes could be for businessman Donald Trump on the Republican side and Vermont Sen. Bernie Sanders on the Democratic side. Both are seeking to get nontraditional participants out.

The Democratic National Committee says it’s reached an agreement in principal to have the party sanction and manage more debates during the presidential primary schedule, including a debate in New Hampshire next week.

The DNC says it wants to give Hillary Clinton, Bernie Sanders and Martin O’Malley time to focus on Monday’s Iowa caucuses and would finalize details on Tuesday morning.

The statement comes after the Clinton and Sanders’ campaigns traded testy statements about plans for Thursday’s debate in New Hampshire and three more during the spring.

Clinton trails Sanders in New Hampshire and wants next week’s debate to help her connect with undecided voters before the state’s primary on Feb. 9.

Sanders hopes to extend his run deep into the spring and adding three more forums might help him accomplish that goal.

Sanders on eve of Iowa caucus: ‘this is a toss-up caucus’

Bernie Sanders is telling a group of volunteers and organizers packed into one of his field offices in Marshalltown, Iowa, that he’ll need every bit of support to win Monday’s caucuses.

The Vermont senator says that “everybody agrees this is a toss-up caucus.”

He predicts that if voter turnout is high they will win, but “on the other hand if there is a low voter turnout we’ll probably lose.”

He says the campaign isn’t just about his policy positions like making the wealthy pay a fairer share in taxes, demanding a $15 an hour minimum wage, pay equity for women and better trade policies, but also “it is about revitalizing American democracy – that’s what you’re doing here. This is the political revolution!”

Family turns out for Trump

The GOP candidate’s rarely-heard-from wife Melania has joined her husband at an afternoon rally after a visit to a local church.

She says her husband will be, “unbelievable. The best deal-maker, the best master negotiator.”

Trump is also joined by his pregnant daughter Ivanka and her developer husband.

Trump says doctors advised Ivanka not to make the trip and joked about her potentially giving birth here.

“Wouldn’t it be great if she had the baby in Iowa?” he asks the crowd.

Rubio seeks a balance between anger and optimism in Iowa

Marco Rubio is closing in on the Iowa caucuses balancing what he calls “righteous anger” and a rallying cry that puts him between his more traditional rivals in the race for the Republican presidential nomination and its more fiery outsiders.

Across Iowa on 9-day blitz to Monday’s caucuses, the 44-year-old Florida senator is calling on Iowa conservatives to be the first to be “the authors of the greatest chapter in the amazing story of our country.”

If Rubio fails, it could be in part because he’s misjudged the depth of anger among voters in both political parties. If he succeeds, it could be he was able to convert the frustration into inspiration as the son of immigrants, projecting abiding belief in the United States as the land of opportunity.

Jeb Bush is showing no sign of going down quietly on the eve of Iowa’s leadoff caucuses, despite falling behind in the polls.

Bush spoke to The Associated Press Sunday afternoon after a campaign appearance in Hiawatha, Iowa.

He says the Rubio attacks are “minor league baseball” compared to what Democrats will do to the Republican presidential nominee during the general election.

“If you can’t handle that, then how you gonna deal with a unified Democratic Party that will go out to try to destroy you? And be president of the United States?” Bush told the AP. “This is a tough job. This isn’t bean bag. Everybody’s gotta get a grip.”

Bush continued: “You don’t think that the Republican nominee is gonna get the bark scraped off him by the Clinton machine? This is minor league baseball, man.”

For breaking election news alerts direct to your cell phone, text NEWS to 45364.