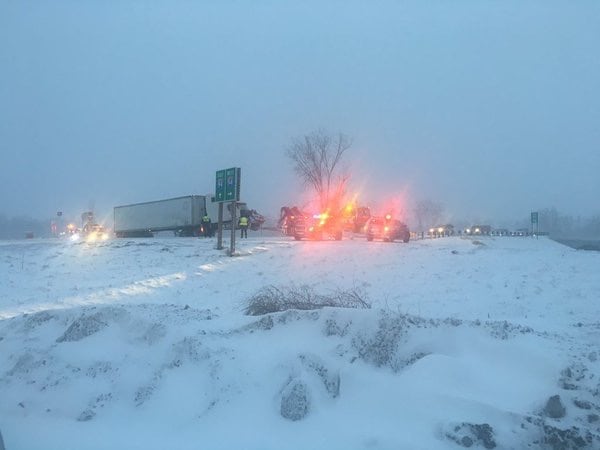 SOUTH HAVEN, Mich. (AP) — A man faces charges in the deaths of a woman and her son in an icy, chain-reaction crash last month on Interstate 94 in southwestern Michigan.

Carol and Andrew Griesemer died in the pileup in Van Buren County. The crashes on Jan. 17 spread to more than 40 cars and trucks.

Timothy Martinez, a 40-year-old from the Grand Rapids area, appeared in court Friday. The charges include reckless driving causing death. He’s accused of failing to slow down in snowy, icy conditions on I-94.

Many tickets were issued to drivers in the pileup.