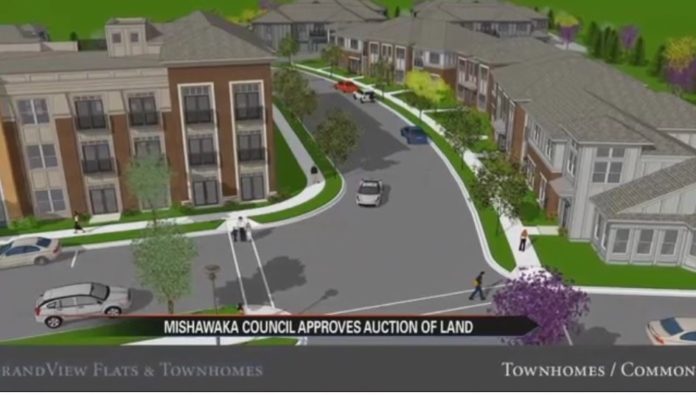 The city of Mishawaka is looking to sell a portion of a well field near the corner of Gumwood and Cleveland roads for a pretty penny.

The city council unanimously approved a motion to put 5.75 acres up for auction for a starting price of $1.2 million during its meeting Monday night, Feb. 15, according to the South Bend Tribune.

The land could be purchased by the developer in charge of the already-underway $100 million GrandView residential development that neighbors the well field, our news partners ABC 57 reported.

Eventually, the 45-acre project will include retail and restaurant space as well, and the developer is interested in expanding the project.

Read more about the project in the full story from the South Bend Tribune.