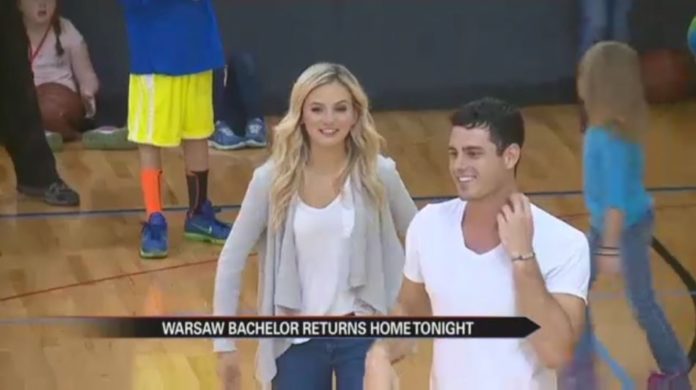 Warsaw was put in the national spotlight Monday night when The Bachelor’s Ben Higgins returned to his hometown for a date.

Higgins brought fan favorite Lauren B. to the city he grew up in for a tour and to play basketball with children at Baker Youth Club, where Higgins volunteered in high school. While there, Indiana Pacers players Paul George and George Hill, coach Frank Vogel and mascot Boomer came in and “crashed” the date (in a totally non-staged way, of course).

The episode was filmed in October, which gave Warsaw the chance to show off its autumnal small Indiana town charm.

It was the biggest national media exposure for Warsaw since the independent film American Teen hit big screens around the country in the summer of 2008.

The Bachelor airs at 8 p.m. Monday nights on ABC.