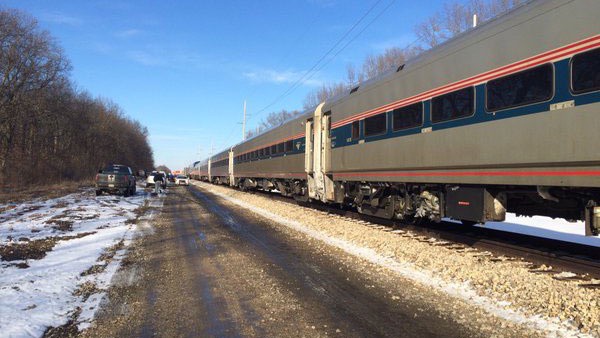 A Middlebury woman died after police say she drove into the path of an Amtrak train.

The collision happened Friday afternoon, March 4, near Barron Lake Road and Pokagon Highway near Cassopolis, Mich., according to 95.3 MNC’s reporting partners at ABC 57.

Barbara Schult, 66, drove her SUV around the railroad crossing gates and misjudged how fast the train was traveling, according to the Cass County Sheriff’s Department, as reported by ABC 57.

The engineer applied the emergency brake on the train but was unable to avoid hitting Schult’s vehicle.

Schult was pronounced dead at the scene of the crash.

None of the nearly 200 passengers on the Chicago to Detroit train was injured.

The train’s engineer was taken to the hospital for evaluation.