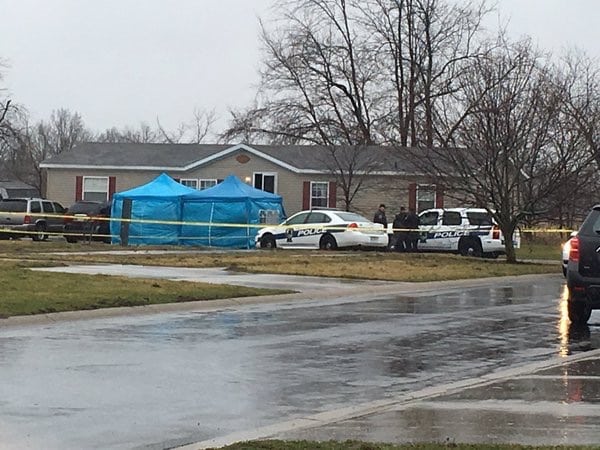 Goshen Police confirmed two men who shot and killed at a mobile park home in Goshen on Sunday, March 13.

Officers were sent to Brookside Manor, a manufactured-home community, around 5:30 a.m. on the report of a shooting, according to a news release from Goshen Police.

Upon arrival officers met with the person who reported the shooting. That person told officers that two males in the residence had been shot. Officers entered and secured the home in the 400 block of Ripple Rock Drive.

Inside, they found the bodies of Jose Nava-Orozco, 27, and Marco A. Carmona-Gonzalez, 43, of Goshen.

The is no reason to believe the shootings were a random act, authorities told 95.3 MNC’s reporting partners at The Elkhart Truth.

The deaths are being investigated as homicides. Autopsies are scheduled for Monday.

Here’s what we know at the scene of a shooting that killed two males in Goshen pic.twitter.com/eu0Yg3ZJqP

More neighbors are walking to Ripple Rock Drive at Brookside Manor to watch and wait for any new info on shooting pic.twitter.com/hcK6tmBtQ7