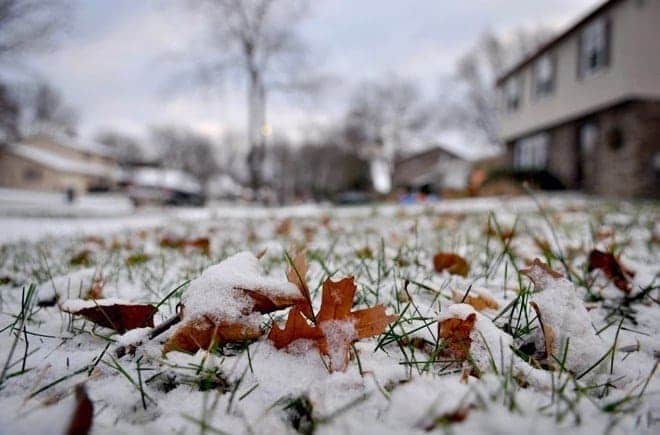 April showers bring snow showers? In Indiana, sometimes that is indeed the case.

Snow flakes are possible on Saturday, April 2, according to ABC 57 Meteorologist Jackie Layer.

Temperatures are cooling down Friday, Saturday and Sunday. Lows are expected to dip into the lower 30s with high temperatures reaching to the mid 40s.

There is about a 70 percent chance of snow on Saturday, mostly before 11 p.m., according to the National Weather Service, but it won’t be enough to accumulate.

A wind advisory will be in effect from 2 to 8 p.m. Saturday.

Snow isn’t uncommon in northern Indiana and southwestern Michigan in April. Find out how much snow Indiana usually sees in April in the full story from ABC 57.