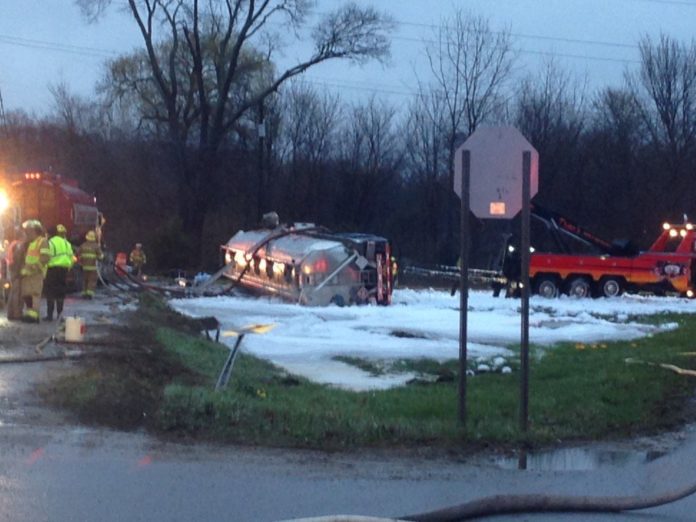 The man killed when the fuel tanker he was driving overturned along M-60 early Thursday morning, April 7, has been identified.

Edwards was driving a fuel tanker carrying about 13,000 gallons of gasoline along M-60 when the tanker left the roadway and overturned near Pike Lane Street just before 3 a.m.

About half of the gasoline in the tanker is estimated to have leaked out of the tanker, so emergency crews sprayed the area with foam and evacuated neighbors as a precaution.

Crews were still working to unload the rest of the gasoline from the tanker as of about 10:15 a.m. Once that is done, Underwood said crews would then start removing the vehicle from the scene.

Underwood estimated that M-60 between Leet and Dailey roads would remain closed for several more hours as crews continue to clean up the crash.