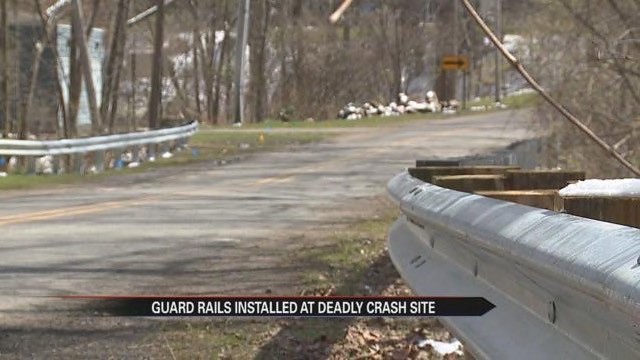 People in the Niles community called for the guard rails to be installed after Autumn Mehl and Steven Rough were in a vehicle that drove off the bridge and fell into the creek on Feb. 14. An autopsy later showed that they drowned to death.

Mehl, 29, was a mom of three children and 26-year-old Rough had one child.

Mehl and Rough’s loved ones told ABC 57 that they’re relieved that the guard rails were installed.

“To prevent any future accidents from happening,” Jeremiah Diaz said, “and save someone else from the same grief that we’re going through, I think it’s a proper thing to do.”