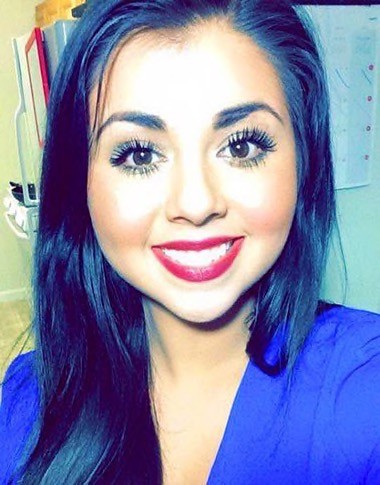 One year after 22-year-old Alma Del Real was killed, her family and friends are still hoping for justice.

Dozens of people attended a memorial ceremony Tuesday night, April 12, at Our Lady of Hungary Parish in South Bend, our news partners ABC 57 reported. The Catholic church displayed a large photo of Del Real near the altar.

“That’s how I remember her, with her nice, welcoming smile,” Susana Langunas, Alma’s aunt, told ABC 57. “The moments we shared with her are what we cherish the most.”

Del Real was reported missing April 13, 2015, after she spent a night at a few South Bend bars with friends. Alberto Cruz, the man suspected of killing Del Real, led police to her body in a wooded area of Marshall County in May 2015.

Alberto Cruz is accused of killing Del Real at her South Bend home early the morning April 12, 2015. He is expected to go to trial May 16.

“There’s been a lot of delays,” Lagunas told ABC 57. “Nonetheless, sooner or later, justice should be served.”