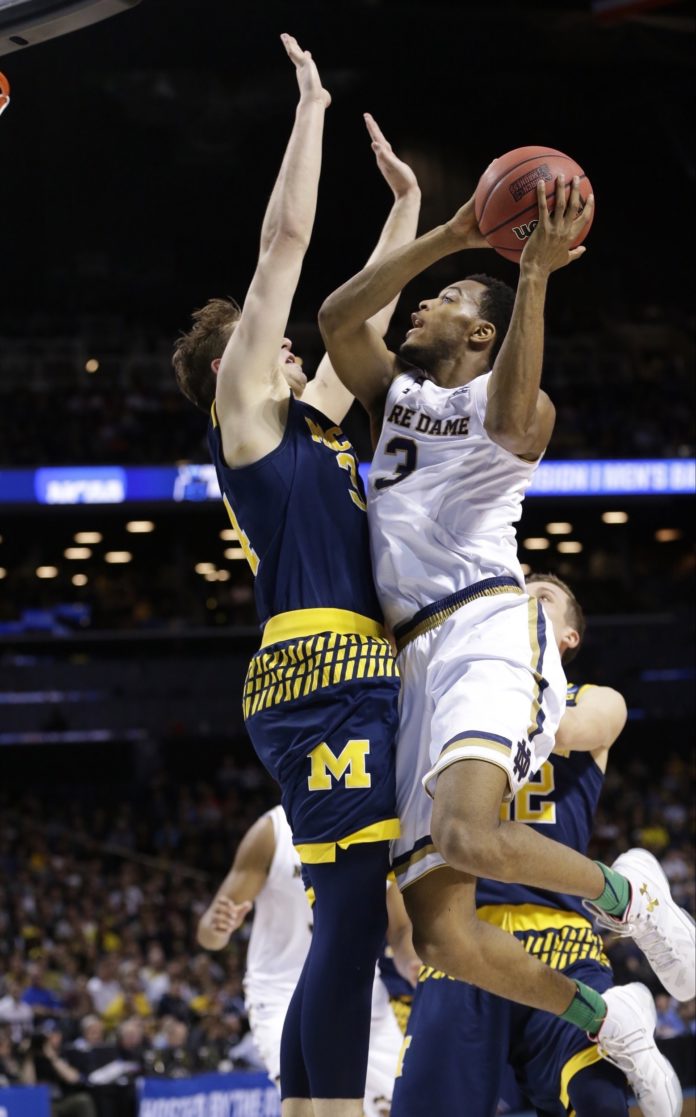 The 6-foot-8, 200-pound forward finished third on the team in scoring, averaging 12.0 points and 3.9 rebounds. He was at his best in the NCAA Tournament, averaging 17.5 points as the Irish advanced to the Elite Eight for a second straight season.

Coach Mike Brey said he encouraged Beachem to explore the draft, saying it would be “another step forward in his confidence as a player and as a leader in our program.”

Beachem said in a school news release that Brey suggested he enter the draft.

Point guard Demetrius Jackson previously entered the draft and said he would hire an agent.