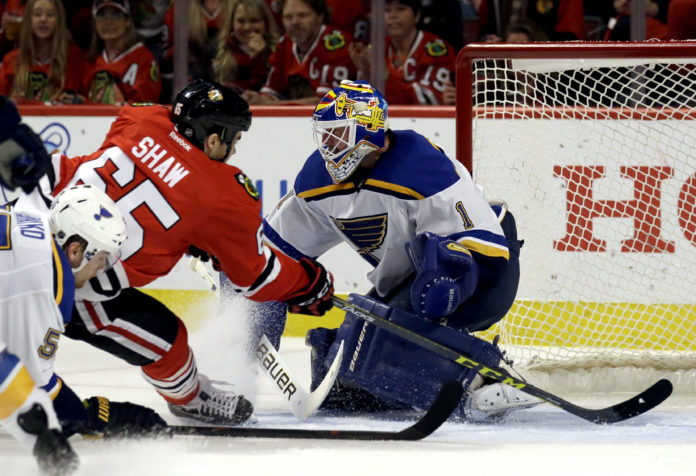 Andrew Shaw added a third-period goal in his return from a one-game suspension for using a gay slur during Chicago’s 4-3 loss in Game 4. Andrew Ladd had a goal and an assist as the Blackhawks improved to 15-1 in their last 16 Game 6s in the playoffs.

Chicago trailed 3-1 in the series, but stayed alive with a 4-3 double-overtime victory in St. Louis on Thursday. Then, the defending Stanley Cup champions trailed 3-1 after one period in Game 6, but found a way again.